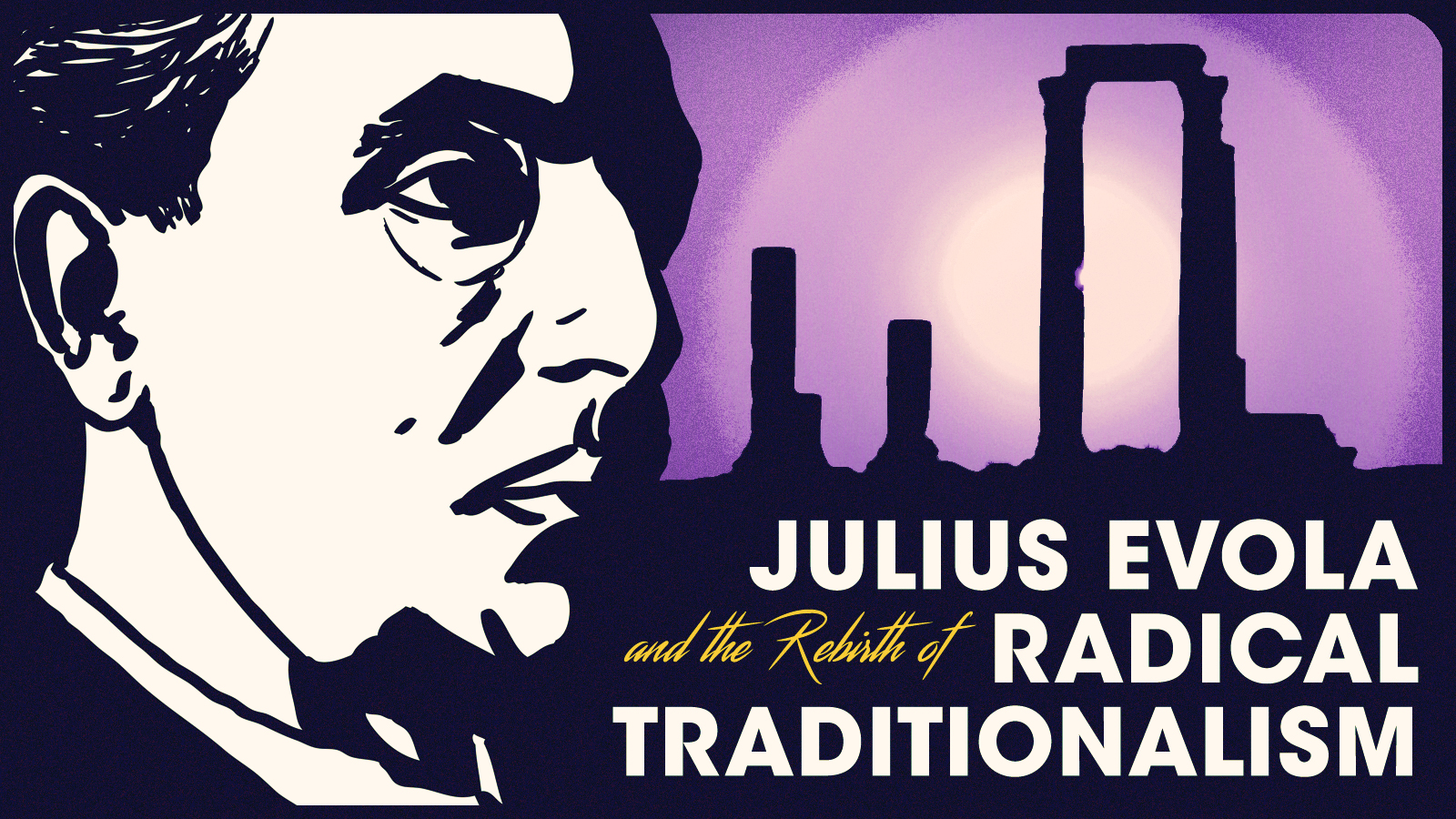 Despite Kickstarter’s attempt to stop us, Arktos is pleased to announce that our campaign to publish four new translations of the works of Julius Evola has exceeded its target amount a full week before the projected end date. We extend our sincere thanks for your very generous donations: not only have you made the translation of this essential Traditionalist literature possible, but you have also taken a courageous stand in the face of censorship.

To those who have not yet had the opportunity to contribute, it is not too late: the Evola campaign will remain open as scheduled until October 31—so please help us spread the word! The more contributions we are able to collect above our target, the faster we will be able to bring these important books to our readers. Let’s keep our momentum to the end!

Arktos is proud to be one of the forefront publishers of the seminal Traditionalist philosopher, Julius Evola. Despite Evola’s key importance to Traditionalism, many of his books still remain untranslated. We are excited to announce our campaign to publish English editions of four of these previously untranslated works in the coming six month period.

The books we plan to publish are:

Recognitions — Julius Evola’s final book, this collection of forty brief but trenchant and uncompromising essays encapsulates the author’s rich and varied career. Evola here touches on most of the major themes to which he dedicated his life’s work, presenting his final formulations on some of the key figures and problems of our times. The result is a masterful survey of past, present, and future, indispensable as a reference for those familiar with Evola, and ideal as an introduction for those new to him.

The Bow and the Club — This rich collection of essays from Evola’s final period covers wide and fertile ground in the fields of culture and politics. From spiritual initiation to the questions of race and homosexuality, from modernity to the Tradition, from a ruthless critique of contemporary vulgarity to the investigation of the glory of the past, the topics treated are both exceptionally relevant to our times and of transcendent value in themselves.

The Myth of the Blood — A magisterial overview of the problem of human races, The Myth of the Blood follows the development of the concept of race from antiquity to modern times. Working from historical, mythical, scientific, and philosophical perspectives, the author confronts a notoriously difficult issue with a most uncommon mixture of fearlessness, fairness, and erudition.

The Mask and Face of Contemporary Spiritualism — A survey of the present currents in esoteric studies—and an unmasking of their true relation to Traditional spiritualism—this is a guidebook for the spiritual seeker through the bewildering array of disciplines, paths, and dead-ends of contemporary spirituality. At once metaphysical and practical, this book offers the priceless perspective of an author who dedicated decades to his own investigations into the “supersensible.”

Julius Evola (1898–1974) was born in Rome and experienced firsthand the great upheavals of the twentieth century. His piercing analyses of the National Socialist and Fascist regimes, as well as the liberal democracy which supplanted them, remain to this day among the most thought-provoking and insightful ever penned. As one of the principal figures in the Traditionalist school, Evola drew from his profound knowledge of antiquity to produce an uncompromising critique of modernity. Few thinkers of the past century match the breadth and depth of his exceptional oeuvre. It is imperative that the works of this philosopher receive the international study which they deserve.

With your help, we intend to raise 9000 USD to offset the cost of translation and editing of these essential Traditionalist texts, so that in the next six months we can make them available, for the first time, to the English-speaking world. Together we can bring these neglected works of one of the most important philosophers of the past century to the shelves of a new generation of readers and thinkers.