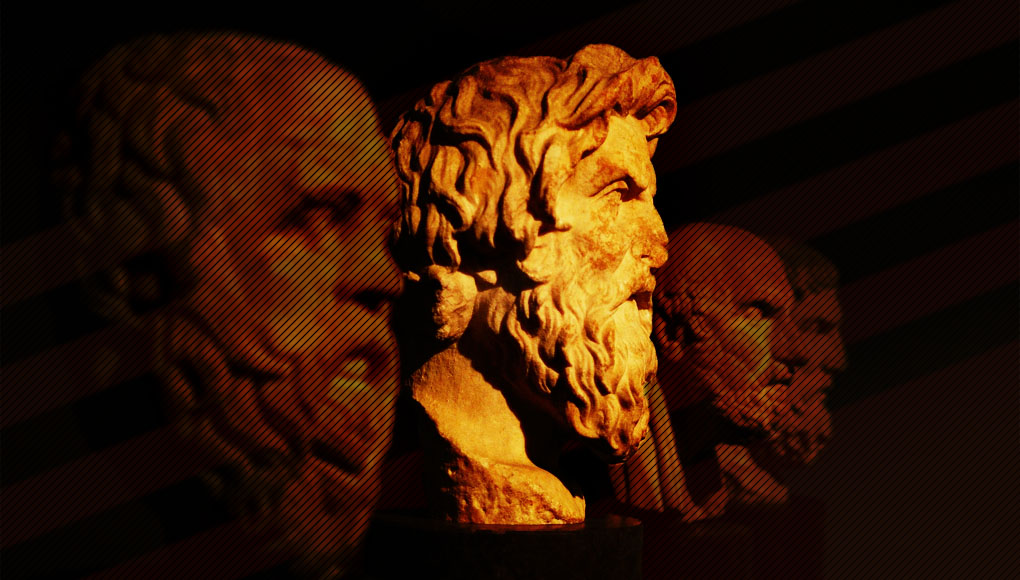 There is an ongoing debate about the influence of the Enlightenment on our patterns of rational thought and proof. Specifically, the ubiquity of the Enlightenment and the liberal mindset which often follows from it are deemed to be inadequate for the usage of a ‘post-liberal’ Right. The works of the Enlightenment’s first opponents, Burke and de Maistre, come to mind – both are in some sense the progenitors of the English and continental Counter-Enlightenment political movements, and yet both were, until the outbreak of that equally ubiquitous Revolution that need not be named, the epitomized ‘Enlightened gentleman’. Most expressions of conservatism since these two have been, by consequence, inherently reactive, and whilst exceptions of course exist it is difficult even in our own time not to find oneself slipping into the language of either the post-Hegelian or New Liberal trends which dominate continental and English-speaking philosophy respectively.

Acts of virtue are grossly underrated in our age, and I believe this to be the consequence of a shift in the understanding of reason, from being defined as something which governs the whole universe to something which is reserved for the modern analytic professor.

Given this, it seems prudent to attempt to lay some groundwork for the transcendence of Enlightenment thought. It has proven a great puzzle to me how this can be achieved in a world so shaped by Enlightenment – a classic ἀπορία,1 as the Greek philosophers would have called it. Then it occurred to me that the answer lay precisely in ἀπορία itself. Whilst it is certainly true that there exists a traceable line of continuity in Western philosophy from Plato’s Socrates through to the Enlightenment, the style and terminology of the Greek schools cannot be said to parallel the latter in a direct sense. In order to demonstrate this, we will need to show how ancient philosophy differs from contemporary philosophy, and to this end I shall take ethics as my primary focus. As such, I shall provide a brief overview of what constituted a ‘rational proof’ in the ethical work of Aristotle and Plato, and trace the impact of this through the rest of pre-Enlightenment philosophy.

Aristotle presents a summary of his ‘dialectical method’ (although this term is somewhat anachronistic) in the Nicomachean Ethics.

As with the other cases, we must set out the common beliefs [about the matter at hand], and first of all go through the problems; ideally, all the common views held about these states of mind, but if not all then most of them and those of the greatest import, and in this way we shall prove them. For if the objections are solved, and some of the generally admitted beliefs are left standing, it will be an adequate proof. (NE, 1145b 4-8)2

Aristotle is charitable to common sense, or at least, he considers the mass of humanity, with both common sense views and the views of the philosophers combined, to be indicative of the truth. As such, when Aristotle speaks of ‘the common beliefs’ (ta phainomena) he means that which is visible in both everyday informal belief and serious intellectual discussion. The method by which Aristotle approaches philosophical problems can be described thus:

This is somewhat different to the Socratic method, which results in a deliberately ambiguous philosophical conclusion. The result of Socratic philosophy is of course to prove that the interlocutors do in fact ‘know only that they know nothing’, and as a result is intended to produce ἀπορία. Most of Plato’s dialogues present an antagonistic Socrates whose preferred method is to:

This is the ironic method, or the Socratic method simplex. It is counterintuitive (and, for Socrates’ victims at least, intensely irritating) to countenance the belief in no obvious truth at all. Unlike Socrates, Plato is not simply a gadfly, and adapts the Socratic method to a means of finding truth. For Plato, what truth can be grasped is mainly intuitive. In the Cratylus, we are given a picture of knowledge in flux, knowledge as something unknowable in classic Socratic style (Crat. §440); but intuitively, the Platonists knew that knowledge in flux could still be treated seriously and objectively. Consider the following case: if I were to say that a friend of mine, let us call him Arthur, ‘is a good friend’ one would take the word ‘good’ to mean something quite different to the same word in the sentence ‘this steak is so good!’ Intuitively, one interprets a ‘good friend’ to be one who demonstrates those virtues which ones looks for in a friend. But a good steak is one which delivers on those qualities expected in a steak, namely flavour. Nevertheless in both cases there is a commonality of ‘goodness’ between the two such that in whatever circumstance we might use the term ‘good’, we assume that the person we are talking to will know what we mean. ‘Goodness’ itself is fairly vague, but it is this vagueness which helps to constitute its meaning. This same principle can be applied to any other concept. Plato does so liberally – in the beginning of the Republic, all that the Socratic disciples can agree upon is that

the excellence of the soul is justice, and its defect injustice. … So the just soul and the just man will live well, and the unjust man badly … Furthermore, the person who lives well is blessed and happy, and he who does not, the reverse. (Res P. I.353e-354a)

But with regards to the substance of justice, there is nothing but perplexity. It is to this Platonic debate that Aristotle responds. For in his own discussion of Goodness, Aristotle introduces, I believe, his own improvement on this Platonic device: the method of analogy. Consider again the Nicomachean Ethics. As we have done so above, Aristotle considers the different sorts of ‘good’:

But how, then, is good spoken of? For it is not like homonyms resulting from chance. … What then is the good of each action or craft? Surely it is that for the sake of which the other things are done; in medicine this is health, in strategy, victory, in house-building, a house, and so on. (NE, 1097a 18–21)

By analogy to these ‘arts’, therefore, there is a concept of ‘the Good’ in life, or more specifically in ethics. Yet the ultimate Goodness is not an abstract concept as it is for Plato. For Aristotle it must be the end (telos) of all things achievable by actions, and this for him is eudaimonia, often translated as ‘happiness’ but perhaps better rendered as ‘the good life’ (NE, 1097b ff.).

So what does all of this have to do with rationality? I think these examples demonstrate something very important about models of thought. One finds it in the legacy of the Greek philosophers in the later centuries, for instance, in Justin Martyr’s First Apology written in defence of Christianity. Justin was brought up as a Gentile from Greco-Roman stock, a Hellenized philosopher on all accounts, and was well acquainted with Platonism, Stoicism, and Aristotelianism. When the time came for the relatively new Christian religion to be set upon rational foundations, he was not afraid to draw a great deal of ideas together in order to demonstrate the truth in prophetic propositions. The identification of Christ with the Logos spermatikos, Stoicism’s creative principle of the universe, was no matter for him; furthermore he saw Plato’s cosmogony as having come from the same source as Moses’.3 For the ancients, logic was a tool for the structuring of words and sentences into arguments – but reason was something which allowed the rational person to find intuitive answers from broad concepts and multiple schools. For example, Aristotle, by assembling the collected opinions of the common people and the philosophers, was confident in finding the truth amongst the lot. Equally, Plato expected knowable things to be made manifest by applying a degree of common sense. Justin too could not help but see the various Greek schools of philosophy as converging on the truth.

The ancients perceived shades of truth in all things, and whilst they of course did believe that one school of thought or another had got things wrong, and ought to be rejected, they were willing to examine each one in turn. In contemporary Western philosophy, we have forgotten the method of seeking truth from an array of purported truths.

To sum, what constitutes a ‘rational proof’ for the ancients is likely not quite the same as what we might consider to be ‘rational’ under an Enlightenment model. The reason for this is that the ancients perceived shades of truth in all things, and whilst they of course did believe that one school of thought or another had got things wrong, and ought to be rejected, they were willing to examine each one in turn. In contemporary Western philosophy, we have forgotten the method of seeking truth from an array of purported truths, at least in the same way as the Greeks. One of the reasons for this is that the Greeks, for all their eccentricities, at least believed in a permeation of reason in the universe – a kind of metaphysical reality, which some equated with a god, others less explicitly – towards which all aspects of life were necessarily oriented. Plato could make bold claims such as ‘virtue is a fine thing’ and ‘the just man is happy’, because these truths were a sine qua non of his society. ‘Reason’ and ‘the Good’ were therefore inseparable, and still ought to be.

Contemporary philosophers will of course try to claim that this is their position as well: that rationality has not changed all that much. Yet if that is the case, I do wonder why contemporary philosophy is so unlike that of the Greeks! Acts of virtue are grossly underrated in our age, and I believe this to be the consequence of a shift in the understanding of reason, from being defined as something which governs the whole universe, and therefore something intimately tied up with all our thoughts and actions, to something which is reserved for the modern analytic professor. For Aristotle the rational action was the virtuous action, and this habitual practice of virtue was the only path to eudaimonia, the good life. So long as the modern ‘good life’ is defined in terms of the exercise of ‘freedom’ and ‘equality’, and the apparent social hedonism which accompanies it, I will continue to doubt that the post-Enlightenment world is in any sense rational.

1 Aporia (ἀπορία), literally translated as ‘perplexity’ or ‘anxiety’, but in a technical sense used by the Greek philosophers to refer to what we might call a logical or philosophical ‘problem’ i.e. some issue to be discussed and worked out through reason.

The Mystery of the Prehistorical Arctic – Thule

Julius Evola discusses the myth of Thule in the light of anthropological findings.

Dear Nietzsche: An Evaluation of the Last Man and the Will to Equality – Then and Now

A comparison of Nietzsche’s time with our own, from the point of view of Nietzschean critique.