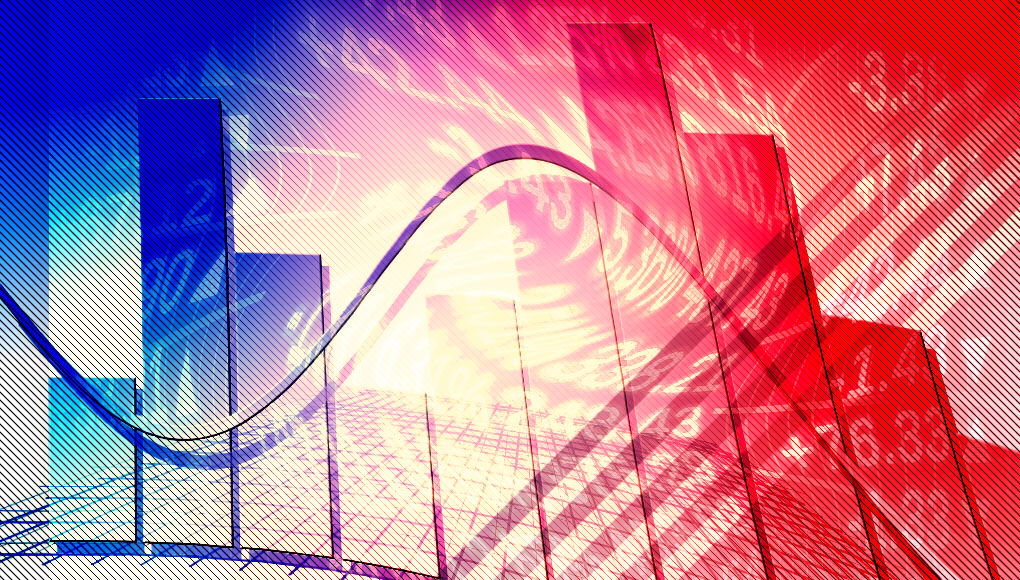 Another economic crisis is approaching, and the Right has yet to provide a theory capable of confronting the problems it will pose.

While browsing through the various literature of the Right the author could not escape the conclusion that one topic is utterly missing: that of economics.

With noteworthy exceptions, there is in the present day no genuine self-sufficient conservative or right-wing economic theory.

With noteworthy exceptions,1 there is in the present day no genuine self-sufficient conservative or right-wing economic theory, let alone a school of thought deserving the name.

The lack of (meta-)political work in this specific field has of course very real implications in the realm of politics, where non-leftist political participants either revert to the neo-liberal school of economics (conservatism) or to social populist promises (right-wing populism), both of which often lead to failure or an increase in already existing problems.

The author has found no sufficient answer to the question of why there has been no sufficient work in this field, except perhaps for the idea that most people still believe in Francis Fukuyama’s “end of history”2 in one way of another – that is to say, they believe in the total victory of capitalism combined with Western-styled democracy, with contrary examples, like the People’s Republic of China, The Russian Federation, or Venezuela, still coming to the end goal and having to be pushed there for the their own sake, or that of humanity.

Another explanation could be that people who consider themselves to be of the Right feel that material questions, as well as solutions to the same, might be beneath them in comparison to immaterial intellectual challenges.

Furthermore there has been no real development, as many intellectuals get stuck in nostalgia for various past failed ideologies and times (feudalism, communism, national socialism, corporatism, the 50s-70s in Western Europe and the US etc.), which is a pity to say the least, as all these ideologies did not survive the continual test, known as history, of challenge and response.

The goal cannot be to preserve the external forms but to serve the idea and to develop ways of how to do so (in a better way). The challenge is to form an idea for post-post-modernity that on the one hand takes into account all that has happened intellectually, politically, technologically etc., and on the other hand offers a solution or even an utopia to overcome it as well as to inspire people to strive towards it, something that is the great strength of Marxism to the present day.

The author on his part is rather frustrated with a (conservative) Right that has managed to achieve nothing other than to slow down its opponents for a few years, or which sometimes even pushes through changes that the post-WWII liberal-left do not dare to attempt. Historic positive role models of conservative statesmen, who did not give in to their opponents and who, by utilizing parts of modernity to combat the same in the German-speaking world, can be found in the Prussian Reform Movement3 (Freiherr von Stein and Karl August von Hardenberg), and in the persons of Otto von Bismarck4 or Klemens von Metternich.5 It is the author’s hope, but not his belief, that reformers will arise from above, as he fears that any revolution from outside existing institutions will tend to be violent and will tend to take care of the revolutionaries in a rather bloody way after the revolution’s success, as has occurred in almost every revolution from the French in 1789 to Communist in China.

Also, any sincere critic of capitalism from the Right far too often gets derailed by the anti-Semitic talk of certain individuals, which is supposedly grounded in the (mis-)deeds of certain individuals of Jewish heritage (e.g. George Soros); such talk not only disqualifies these critiques in the eyes eyes of the public, but also neglects the development of capitalism from the Middle Ages to the present day, as well as the real ideas underpinning it (it is especially worth mentioning here the Calvinist-Puritan6 “tradition”). The reduction of economics to ethno-religious questions, and the discontent with the same, are in fact a diversion that hinders any real view of solutions for the present state of affairs.

The impact of the success and failure of economic policies cannot be underestimated. No political system of the twentieth century or of today can sustain itself in the long run if it is not willing to use immense force against its own citizens or to divert the public’s anger when they oppose politics on account of their discontent with their own economic situation.

The (euro-)crisis of the year 2008 is nothing but a short foreshadowing of what’s to come.

The prime example of this is of course the rise and fall of communism in Russia,7 where the catastrophe of the First World War led to its rise, and where its inability to adapt to the challenges of the Cold War and lack of inner reforms led to its fall.8 Interestingly enough, the Chinese have learned from the Soviet Union by utilizing certain traits of Western Capitalism (ironically on the back of its working class and the environment) and thereby surviving politically.9

Also, looking back on the migrant crisis of 2015 and the years after, one wonders if the situation would have escalated to the same degree if the Greek economy had not been in shambles as a result of the failure of its political class, which cheated the country into the Eurozone with the help of US financial institutions10 and continued to accumulate debt even as it was forced by the EU via Germany11 to introduce neo-liberal reforms and cut-backs, which even increased the crisis as well as unemployment,12 and led to people actually dying, as they could no longer afford healthcare13 – a situation many US citizens are far too familiar with.14 Greece had no other chance to uphold public order, other than letting the migrant caravans from Turkey pass through.

The narrative that the good hard-working Germans had to pay out the lazy Greeks is utterly false, as all the money went directly or indirectly to the banks to which Greece owed this money (often German and French financial institutions).

The (euro-)crisis of the year 2008, which never ended for southern Europe and which continues to the present day, is nothing but a short foreshadowing of what’s to come.

Since there was almost no reform of the financial markets, the crisis in Europe as well as in the US was “solved” by basically printing money – that is to say, by bailouts and by central banks lending money to banks with irresponsibly low interest rates from its central banks, and therefore just producing the next bubble waiting to burst.

The critical moment, when all the financial institutions were on their knees and begging to be saved by the tax payers was missed, and the tables turned again when, in consequence of the bailouts, the nations of Europe had accumulated too much debt, putting the very banks and financial institution which caused the whole situation into power once more; for the governments were dependent on their willingness to lend them money (yet again). This is seen most clearly in the phenomenon of the political leadership of the EU running from one meeting to another, chased by the markets like a fox hunted by British horsemen.15

The missed chance of a Khodokovsyfication16 (the Reconquista of political power by the state over the economic special interests of individuals, effected through the judiciary) of Western economics will haunt the entirety of the West for the next centuries. The geopolitical rise of the Russian Federation can be almost almost entirely reduced to its re-assertion of control over its natural resources, against private interests. What opportunities the West lost by not following the same road are too painful too imagine.

The same circle is just waiting to repeat itself; only this time it will be worse, as there is far less room for bailouts. This time, the implosion of the whole financial market is to be expected.

This is no cause to celebrate – not only because this crisis will once more hit those who least deserve it, whether it be the Greek hotelier, the German engineer or the US home owner, but also because it will be easy for US, Chinese, Indian and Russian interests to buy infrastructure, corporations and technology within Europe and the United States, which will give them more political influence, and in the worst case will turn Europe into an economic colony for them. The first signs of this can already been seen in the involvement of Chinese interests in the EU.17 Just like the deficits that led to the fall of the Soviet Union, the EU will crash as a result of a mixture of ideology, administrative structure, demography and an unwillingness to reform – not because of dark forces undermining it from without.

Even if this impending financial crisis proves manageable, it will be accelerated by three other factors: automation, the rising need for and price of energy, and environmental problems.

It must be stated again that in all these fields (finance and debt, automation and loss of jobs, price and need of energy) no genuinely reasonable answers are today heard from conservatives, or from people who consider themselves Right-wing, let alone from any school of thought with any influence. Therefore the author would like to use this essay to provide an impulse to others to start the search and the discussion for a new economic theory. Suggestions and especially criticism are more than welcome. It is necessary to develop new ideas for every level of political power, from local communities to geopolitics; what most matters is that these ideas are genuine and would provide a genuine improvement on the status quo, since otherwise any attempt to gain political power would be rendered unnecessary and a waste of energy.

The Goals for a New Economic Theory

While present-day economic talk basically dwells on the topics of growth (GDP), debt, inflation, foreign trade and the employment rate, a new economic theory has to take a holistic approach to all questions of the economy.

The geopolitical rise of the Russian Federation can be almost almost entirely reduced to its re-assertion of control over its natural resources, against private interests.

For this reason the author would like to add the following goals with corresponding metrics (wherever possible, as not everything can easily be reduced to numbers):

The Problem of Christianity – Part 2

What good can Christianity do for us in the present – and in the future?

To overcome the philosophy of death which characterizes modernity, and which has us all in its grip, we are in need of spiritual reintegration.

Dante Alighieri and the ‘Philosophy of Right’

What can the Right learn from the political philosophy of the great Florentine poet?