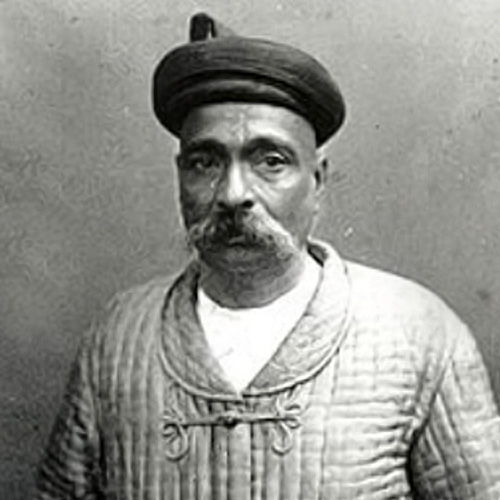 Bal Gangadhar Tilak (1856–1920) was an Indian scholar, nationalist and independence fighter. Dubbed ‘The Father of Indian Unrest’ by the British colonial authorities, he was imprisoned on several occations on account of his political activities, as his publishing efforts in favor of Indian self-rule were considered sedition. He was a major source of inspiration for later Indian nationalists, such as Gandhi (whose doctrine of absolute non-violence he did not share) and Subhas Chandra Bose.

Apart from his nationalist endeavours, Tilak defended the thesis that the Vedas – the fundamental holy texts of the Hindu religion – were propagated by the Aryans, who had originated in the Arctic region, before it was covered by ice, and then moved southwards. This was supported by a massive amount of astronomical, geographical and scriptural evidence from the Hindu Vedas and the Zoroastrian Avestas. His theories received acclaim from luminaries such as Max Müller. He detailed his theory in his seminal work The Arctic Home in the Vedas, which was published by Arktos in 2011.

Tilak remains an iconic figure in India, where he is regarded as one of the founding fathers of the modern Indian nation.