Iranian Leviathan is a fascinating book. A must-read for Iranians and related peoples. Even though a few readers will not fully agree with Jorjani, it’s an exciting and extremely fact-packed overview of the history of Iranian civilization. (Translated from Swedish)

That slides this book from pure textbook closer to the self-help category but without the neurotic creeping manipulation of that genre, which tends to lure in desperate people and crush their sense of autonomy so that they can join the cult promoted by the person writing the book who hopes to have their own talk show someday. Instead, it arms people with defensive knowledge. If the book has a subtext, it involves transferring from superstitious ignorance to cautious and highly particular knowledge.

The Ideology of Failure by Stephen Pax Leonard

Leonard is a first rate academic, and much of the book concerns the fate of Sweden and its influx of migrants that led to the mass rape of Swedish women and children that the Swedish media neglected to report due to the government’s inane white guilt. He also covers the open door migration policy that has devastated France and Germany.

Metaphysics of Power by Julius Evola

An interesting essay in Metaphysics of Power deals with the French king Philip the Fair. Philip has, by some, been hailed as a proto-fascist king. Evola, however, takes issue with Philip because he laid the foundations of the centralisation of power (to Paris), at the expense of the feudal lords of France.

An exciting epos… Nya Tider [New Times] has interviewed a young man with a love for art, blood and folk. (Translated from Swedish)

But still, this grim prophecy, drawn by Jonasson, contains the seeds of optimism. Signy never gives up hope, even when her twin brother prefers to be beaten than to give a blow. If that little girl, symbolising our conscience, can keep hope, why can’t we? Of course, what the tale implies is that hard times will occur if we do not make a stand now. The longer we wait and the more we endure the present order, the harder and the less pleasant will be the reckoning. There is no way one can escape his fate.

The articles by Steuckers, Krebs, Blairon, Jared Taylor and others provide a good overall picture of Guillaume Faye’s thinking. We get an insight into his three biographical “phases”, from the energetic, early phase of GRECE, through the period in political exile when he worked with series and as a radio presenter, to his return to fight for a Europe whose situation then was worse than ever. (Translated from Swedish)

Beginning with Heidegger by Michael Millerman

Beginning with Heidegger is an in-depth examination of the influence that Martin Heidegger’s inceptual thought exerted on Leo Strauss, Richard Rorty, Jacques Derrida and Alexander Dugin. How did these vastly different thinkers employ Heideggerian concepts to define their own philosophies and often antagonistic politics? Join me and author Michael Millerman as we discuss his new book and a whole lot more.

After a short hiatus, the Warden Post podcast is back with one of the most dangerous minds of our time: Dr Jason Jorjani. We will be discussing his first work of fiction (Faustian Futurist) and the recent transfer of power in the United States.

Retired political science professor John Harmon McElroy in Agitprop in America (2020) shows how the left has step by step invaded our culture, our behavior and our speech through agitational propaganda (agitprop). McElroy is an old-style anti-communist who details how New Left cultural Marxists have conducted the cultural front in America, beginning in the universities and reaching into popular culture. 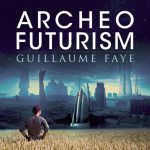 This book is mostly insane. But not completely.

The Outlaws by Ernst Von Salomon 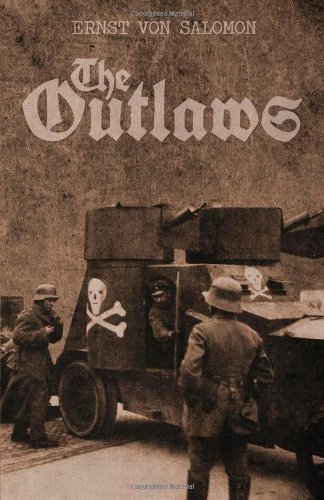 This is the Weimar Republic, to which present-day America is often analogized. Whatever the accuracy of that comparison, and despite the present treason by today’s Democrats similar to that of the Communists of 1919, our society bears very little resemblance to that Germany where, as von Salomon says, “everything was possible and nothing was certain.” We may yet get there, perhaps in November, but our wealthy, aged, risk-averse, feminized society is a very far cry from the chaotic early 1920s ferment in which von Salomon grew up fast. Still, it is worth knowing how men think in a society in chaos, especially a Western society in chaos, even one quite different from 2020 America.