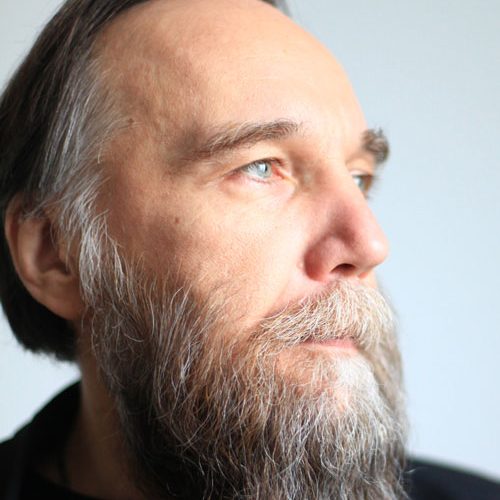 Alexander Dugin (b. 1962) is one of the best-known writers and political commentators in post-Soviet Russia. During the 1980s, he was a principal member of the underground traditionalist movement in the Soviet Union, for which he was arrested by the KGB and expelled from his studies at the Moscow Aviation Institute in 1983. He continued to support his private studies in traditionalist philosophy by working as a street sweeper. He later became a journalist and made his earliest foray into politics by joining Pamyat, the first nationalist party to emerge during the twilight years of the USSR.

After the collapse of the USSR opened up new possibilities, Dugin began associating with several of the major figures of the European New Right such as Alain de Benoist, and came to international prominence as a leader of the National Bolshevik Party, which sought to revive the ideals of the political movements of 1920s Russia and Germany which had gone by that name, and which had sought a synthesis of both Left- and Right-wing doctrines. Dugin left the NBP in 1998.

In 2001, Dugin founded the Eurasia Movement, which he has continued to lead up to the present day. In addition to the many books he has authored on political, philosophical and spiritual topics, he currently serves on the staff of Moscow State University. He was an advisor to Vladimir Putin and others in the Kremlin on geopolitical matters, being a vocal advocate of a return of Russian power to the global stage, to act as a counterweight to American domination. Arktos has published his books, The Fourth Political Theory, which is an introduction to his political thought, in both English and German, as well as Putin vs Putin: Vladimir Putin Viewed from the Right, which is his discussion of the dual political nature of Putin’s administration. Translations of many other of his books are underway.