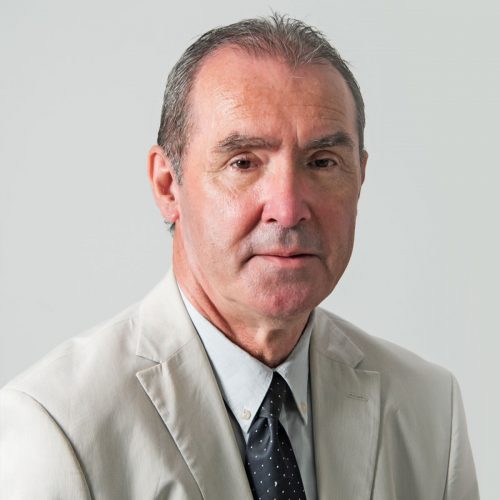 Tomislav Sunic was born in Zagreb, Croatia, in 1953. The son of a Catholic dissident, he studied French and English Language and Literature at the University of Zagreb until 1978. From 1980-1982, he worked as a “lobbyist” in Algeria for the multinational company Sequipag – Ingra, before receiving a Master’s degree at California State University, Sacramento, in 1985. He received a doctorate in political science in 1988 from the University of California, Santa Barbara.

From 1988 until 1993, he taught at California State University, the University of California, and Juniata College in Pennsylvania. Thereafter, he served in various diplomatic positions with the Croatian government in Zagreb, London, Copenhagen, and Brussels until 2001. He has also taught at the Anglo-American College in Prague. He currently resides in Zagreb, where he continues to work as a freelance writer, including as a contributor on political semiotics and the spirit of Communist totalitarianism to the French quarterly Catholica.

He has published a number of books, including Homo Americanus: Child of the Postmodern Age (BookSurge, 2007), Against Democracy and Equality: The European New Right (Arktos, 2011), and Titans are in Town (Arktos, 2017).

Follow Arktos
Arktos Newsletter
Copyright Arktos Media Ltd. - All Rights Reserved
Back To Top
We use cookies on our website to give you the most relevant experience by remembering your preferences and repeat visits. By clicking “Accept”, you consent to the use of ALL the cookies.
Cookie settingsACCEPT
Manage consent