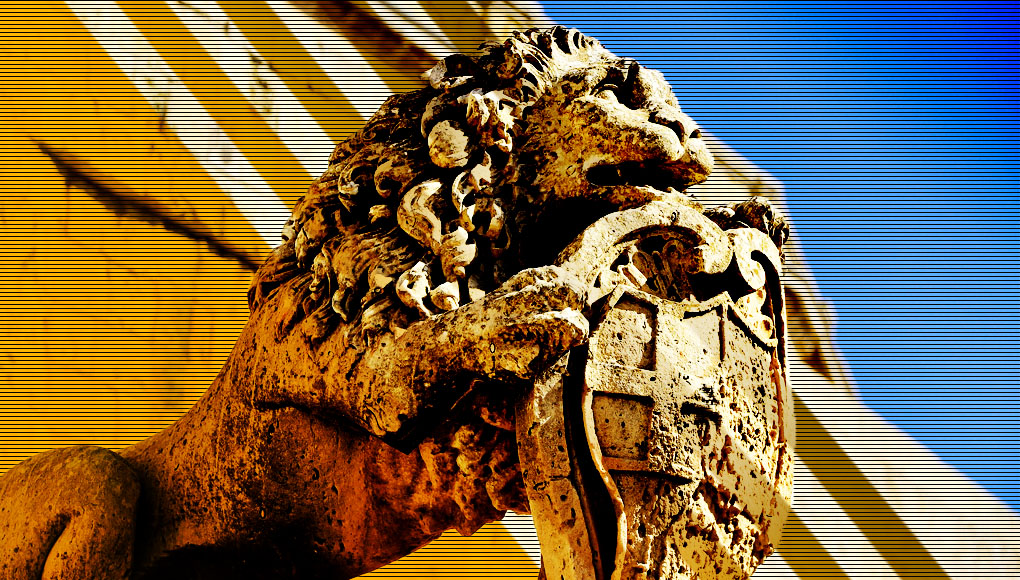 Democracy is in its last throes: what will follow?

The following text has been excerpted from Imperium Europa by Norman Lowell. Listen also to our Interregnum interview with Norman Lowell.

Millions of ordinary people in Western countries truly believe that they are living in a democratic system. They vote (when they bother to do so) every few years and then resume their everyday lives, their minds preoccupied with mundane problems that prevent them from thinking and seeing the real picture. The mass media, controlled by the international manipulators, carry on and reinforce this democratic deception. In actual fact, our present system is a charade, a travesty of Democracy.

In England in 1974, the Labour Party under Harold Wilson won the elections with 38 percent of the vote. Labour stood on an anti-Europe platform. Wilson had solemnly proclaimed on TV that, if the British joined Europe, they would lose their English breakfast! On the other hand, the Conservatives and the Liberals were both for Europe and together they garnered 62 percent of the vote. Yet Britain was deprived of another five years of European association, since Wilson, ignoring the wishes of the majority, doggedly kept Britain out.

In India in 1998 the people went to the vote: 420 million of them! The world media proclaimed proudly that here was Democracy in action. That this was the largest Democracy, and an example to the rest of the world. Columnists waxed lyrical about the Indians and their democratic credentials — crooning that we should all learn from them. Eventually the result came out: a dead heat, a hung parliament! With the speaker having the casting vote — and thus total power! A mockery of Democracy.

Italy had its fair share, too. Fifty years of democratic treachery, double-dealing, ministers of musical-chairs, alliances formed and re-formed overnight — in short, the whole, squalid democratic game. Fifty-five governments in fifty years. When Berlusconi finally came to power, in alliance with the Lega Nord, all thought that an era of stability had begun. However, Bossi quit the government and joined the communists and the socialists. Thus, we had millions of votes cast for a certain type of government, suddenly propping up its direct opposite.

President Scalfaro, a squalid socialist and the greatest traitor in the whole of Italian history, did not have the decency to call another election, at least out of respect to the millions of voters betrayed by Bossi. On TV the President pompously proclaimed, with a straight face, that now that parliament had a new majority, things could carry on as normal and that he could not see the need for fresh elections. This is present day Democracy!

Recently in the USA, Boobus Bush II, as he surely will be remembered, the stupidest President in the entire history of the USA, came to power. Out of a voting population of 100 million he won by just 300 votes! In actual fact, Black Americans had mistakenly swapped ballot pages. These had been altered from the previous presidential elections with the parties represented on opposite pages. These illiterate people thought they were voting for the Democrats when in fact, they had voted Republican. This is present day Democracy! … A system of government pandering to the greatest number of votes. Politicians always with an eye on the next election and nothing else. The lowering of standards, the elevation of mediocrity. In short, the lowest form of government.

We of Imperium Europa do not believe in the Aristocracy of Democracy. We believe in the Democracy of Aristocracy. A democracy amongst peers — as in the Athens of old, where out of 30,000 Athenians only 10,000 were voters. And the quality of those voters! A study of a few years ago concluded that the average intelligence of the Athenian voter was akin to that of the very best Members of the House of Commons today. In Athens, it was truly a Democracy of Aristocracy.

It is clear that we cannot go on like this. Democracy is in its last throes. It will be remembered as a tragic interlude in the political history of the White Man. An experiment that failed, and badly, and whose consequences will take hundreds of years to heal and correct.

Yes, it is time to change course. We must devise new forms of government. We must end this Travesty of Democracy.

Malta, like every other White nation, is in a mess. Actually the island is bankrupt. Bankrupt in every sense of the word: spiritually, culturally, politically, environmentally, economically, financially, and socially. A country with no real leadership. We are not even a nation. We have no real European identity, speaking Arabic as we do. We have lost our pre-war spirit.

What is needed is an emergency government, a government with emergency powers to act — since this is a real emergency.

First, we need a referendum that gives parliament the power to enact a law electing the President of the country by popular vote. Anybody would be eligible to contest this Presidential election. Should the first ballot fail to consign a simple majority to anyone of the contestants, then a run-off between the first two would be held.

Second, the President would have the power to choose a cabinet from outside parliament. He would thus choose experts in their own field. The best from the university, business, science, the unions, the military and so on. A cabinet of competent men and women, ready to dedicate four years of their lives entirely to the country.

Fourth, after four years, the people would again be asked to vote in fresh elections. This time the nation would be asked a simple question: do you want the present system of Presidential power to be continued, or would you rather return to the old days?

Should the people choose the new system, then the President and his cabinet would carry on for another five years. The old parliamentarians would be sent packing, with a handsome pension to keep their big mouths shut. Thank you and good riddance!

Only our plan of a National Unity Government can work — can turn this island around in four years of honest, hard work. A system that rewards initiative and enterprise. A system ruthlessly cutting the benefits to the lazy and the incompetent. A Government of National Unity ending forty years of clowning and muddling through politics by petty politicians. Yes, we will heal this Island!

This system of government would be a temporary stop-gap for a few years. An emergency plan of action that will save the Island from total bankruptcy till the emergence of a new Europe: a Nova Europa. For once the New Europe is in place, once the Imperium rapidly starts forming, our Presidential system would transform itself organically into a Regional government within the coming Imperium Europa.

Our Sacred Island, Malta, this land of honey, Melita — would thus be ready for the exciting times ahead for the Old Continent. Ready to become the Apex, the Pyramidical Peak, the Focal Point, the Spiritual Centre for the coming, inevitable, unstoppable Imperium Europa.