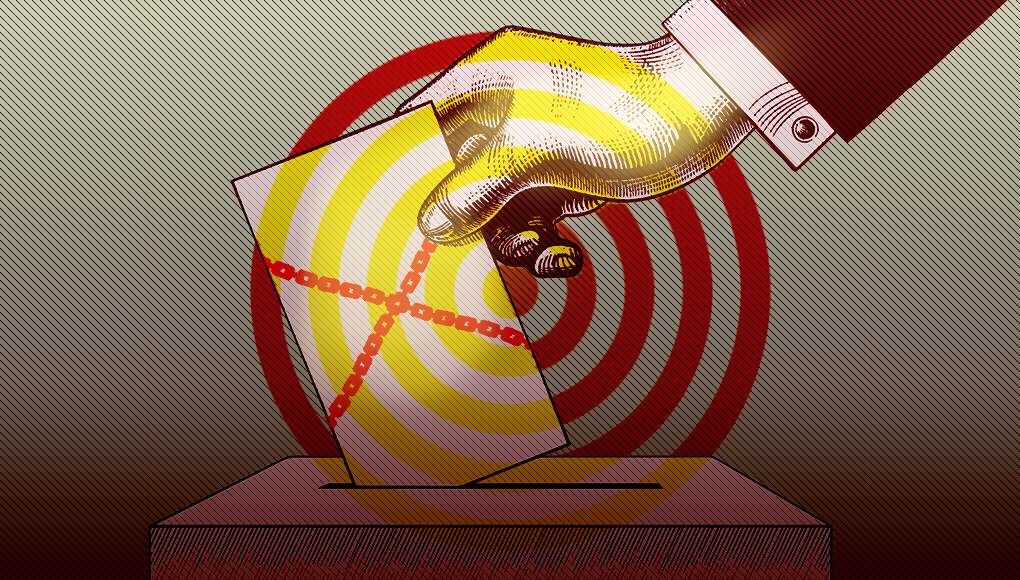 What can serious and dedicated men do in the midst of the frivolous electoral agitations of contemporary ‘democratic’ states?

The following article was originally published between 21 and 28 June, 1953, in the journal Rivolta Ideale, several weeks following the Italian election of 7 June. Amidst the usual chatter and excitement of election time, Julius Evola, with his usual superiority over the agitation of the day, recorded several cool observations on democratic politics in general. The short article which resulted has lost nothing in acuteness and trenchancy in the nearly seven decades intervening.

The Italian original can be found at RigenerAzione Evola.

Now that this whole ‘electoral’ business has come to an end for better or worse, we would like to express our discomfort that this spectacle has aroused in us, for reasons which it will perhaps not be useless to offer up for brief consideration.

Before anything, it has been demoralizing to see all these men – all of them without exception totally lacking in any sense of restraint or examination of conscience – hurling themselves into the fray so as to win some parliamentary seat. As regard those parties which are democratic by their own declarations, there is of course no reason to expect anything else. But with regard to a position of national opposition, which is permitted to be democratic, not in its spirit or ideals, but only in the form imposed on it by this period of interregnum (for there is no other way of characterizing the present Italian regime), the situation has been depressing. Paraphrasing an evangelical saying, we can summarize our idea as follows: ‘It is necessary that the MSI1 (or any other party, be it present or future, that is inspired by the same ideas) should have its deputies in Parliament, but woe to those who feel the ambition to become deputies.’

It is necessary that an opposition party should have its deputies in Parliament, but woe to those who feel the ambition to become deputies.

What sense is there in disdaining democracy, even while gambling everything in order to win an office that can have significance, and can be desired, only in democratic terms? And what matters the diversity of ideas – these patriotic ideas on the right instead of the left – when the style is identical, which is as much as to say, when it is clear enough that, with not a few of these candidates, the person is not in the service of ideas, but the ideas in service of the person, as an aid in the achievement of his aims? When these candidates, lacking in any scruples, should feel it necessary to throw sucker punches, using expedients of sabotage against inconvenient and dangerous ‘representatives’, as contestants in the electoralistic arena? And for how many of these candidates is it wrong to suspect that they despise the democratic system in speech, even while striving to attain those advantages that anyone who knows the generic arts of the politicaster can procure for himself?

More: to what extent do they maintain a line of true dignity and severity in that contest? We have had the chance to leaf through more than one of these propagandic pamphlet-autobiographies, written by one or another candidate of the opposition parties. ‘Prostitution’, in the rigorously etymological sense of the word, means exhibition – setting something on display toward the end of offering or selling it, as when one puts up an object in a shop’s showcase. Well, we would not know where to find a meeter expression for the style that we have seen in these aforementioned instruments of personalistic propaganda, and more than a single time. To be sure, in all of this we might be utopists: but in our opinion it is not by this way that true selections can be made, or that recognition of a man can have serious and solid foundations, rather than frivolous ones such as are fit for ‘the proud politics of the vanities’.

Some will ask what, then, ought to be done. The entire system must be changed by banning the wrong kind of ambitions. A party which corresponds to our ideal ought to be organized according to a true hierarchical structure, and should acquire ever greater prestige and strength as a movement, awaiting the decisive hour, aware that, given the present situation, both domestic and international, it is certainly not at Montecitorio2 that resolution can be achieved, in the sense that we desire.

What sense is there in disdaining democracy, even while gambling everything in order to win an office that can have significance only in democratic terms?

Returning to what we mentioned at the beginning, it would be unjust not to recognize the exception constituted by those who have accepted the electoral battle, not so much out of personal interest, but because they, after having stood aside in expectation that truly meaningful figures would set the party on the right track, and finding themselves deluded in these hopes, felt it was their duty to intervene.

We should also bear in mind what certain friends of ours have said so as to justify their candidateship: for them, it was not a question of aspiring for a parliamentary seat in and of itself, but of using this position as a means to an end with regard to the internal affairs of the party: for letting others be elected would mean letting others use the prestige they have thereby obtained to make their group or their ideological tendency prevail within the party. Perhaps this is how matters stand. But is the necessity of recurring to this ‘indirect action’, which is itself favoured by the democratic system, not perhaps a sign that things within the party ‘are not in order’?

Now that the hubbub has ended, and the disappointment of the one side and the euphoria of the other have passed, the time has come to see to what extent the premises are in place for a new phase – one which is truly, and silently, constructive.

1The Movimento Sociale Italiano was a party of the Right in Italy which was formed after the War primarily by the remnant figures of the fallen Fascist regime, including Giorgio Almirante, who was for many years its secretary, and who can likely be taken as a representative of the kind of dutiful individual that Evola mentions favourably toward the end of this article.

3‘Leader’ here is the translation of the Italian capo, which comes from the Latin word for ‘head’, and can also be rendered ‘lord’ or, more colloquially, as ‘boss’, both in the sense of employer and in the sense of the head of an organization like the Mafia. (It is used in current Italian primarily in these latter two senses.) ‘Honourable gentleman’ translates the Italian onorevole, which is used to this day in address of Parliamentarians in formal settings. Though the use of the title ‘honourable’ for parliamentarians is fairly vestigial in the United States, for instance, onorevole in Italian is used with similar frequency to the epithet ‘(right) honourable gentleman’ in the British House of Commons, and is used here in the translation in that sense.