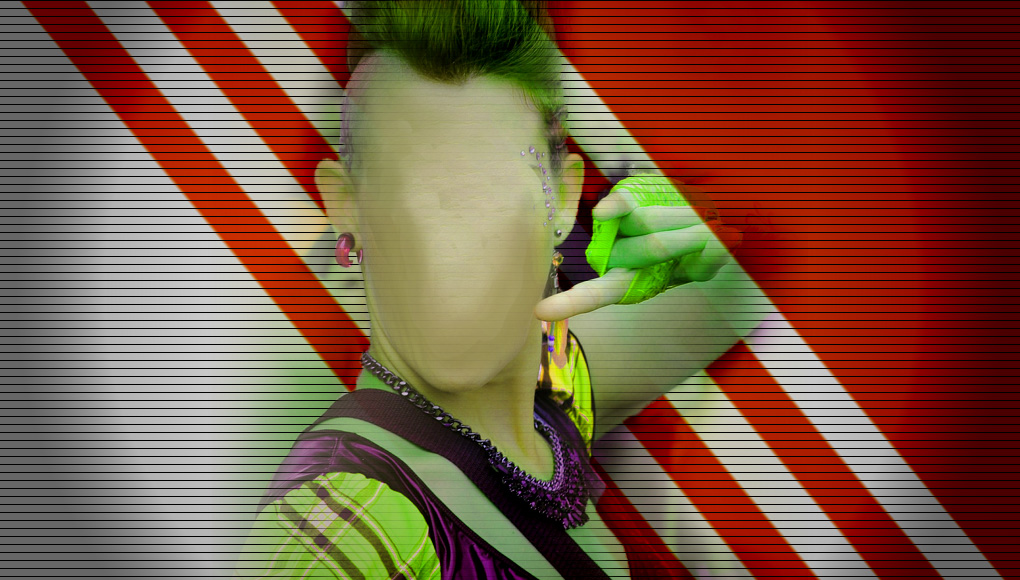 The contradictions contained in the leftist idea of identity are implicit in the most prominent thinkers of the left.

More of D. F. William’s work can be found at https://www.the-writer.net.

According to modernists, we are liberated individuals with the freedom to be who we are. We are freed from the shackles of past identities and cultures; we can enjoy our individuality and create our own identity. All that is solid melts into thin air, and this fluidity allows us to express ourselves as we see fit. However, who we decide that we are must fit certain criteria.

The individuals of the left are not even expressing their real identity in the first place; they are quite genuinely in competition with one another over who can project the most fictional character.

Our ability to express our individuality is restricted; a loose term called ‘hate speech’ prevents each individual from expressing his full authenticity. What is ‘hate speech’? Hate speech is speech which hurts the feelings of another, it is a verbal attack on the identity of another individual. Once again, however, the person who is emotionally traumatized by this egregious verbal barrage must meet also meet certain criteria.

I can imagine what the reader is thinking: ‘If we have this radical freedom to express our authentic Being, if we are encouraged to be who we are, why must I pretend to be someone else to avoid possibly hurting someone’s feelings even if I do not intend to do so?’ Simply put, you cannot. Why? Because this freedom does not truly exist, and because these individuals are not even expressing their real identity in the first place; they are quite genuinely in competition with one another over who can project the most fictional character. They are play-acting, and Left-wing philosophers can be used to prove this.

Jean Paul-Sartre, in his magnum opus, Being and Nothingness, describes mauvaise foi (bad faith) as follows:

Let us consider this waiter in the café. His movement is quick and forward, a little too precise, a little too rapid. He comes toward the customers with a step a little too quick. He bends forward a little too eagerly; his voice; his eyes express an interest a little too solicitous for the order of the client. Finally, there he returns, trying to imitate in his walk the inflexible stiffness of some kind of automaton while carrying his tray with the recklessness of a tight-rope-walker by putting it in a perpetually unstable, perpetually broken equilibrium which he perpetually re-establishes by a light movement of the arm and hand. … He is playing, he is amusing himself.1

We can identify when someone is pretending to be something or someone. Someone who is genuinely interested in something displays a legitimate sense of passion, but he does not over-exaggerate his interest, he is invested in that passion. On the other hand, when someone is feigning an interest, he overplays, he overacts. You can tell he is trying to project an idea that ‘I am X, I love X, my passion is X.’ But this projection is empty.

Take a teenage male who is trying to attract females. He pretends to be interested in certain musicians, television shows, neo-feminism and so-forth. Females will do the same to attract males. If you ask one of these teenagers about the particular topic of his supposed interest, he will only know the simplest (and most commonly known) aspects of the subject. A more ambitious pretender will go a little further and memorize some of the more obscure facts – desperate times calls for desperate measures.

We can declare with certainty that a large portion of modern Leftists are not wholeheartedly invested in either freedom or free expression, nor do they project to the world their authentic selves. Let us first consider the physical appearance they put before us.

Dyed hair, strange attire, loud and obnoxious attitudes, shirts printed with slogans declaring the most cringe-worthy and decadent nonsense imaginable – as someone who spends an abundance of his time on a university campus, I can say with authority that these creatures are not a rare occurrence.

What motivates this disturbing projection? What part of their ‘identity’ requires these individuals to make this ghastly display? Simply put – nothing. We know that a lot of these individuals create ‘new’ sexualities, genders and so forth. But what need do they have to produce such images? Nothing rational comes to mind. There are of course motivations behind it: the desire for attention, possibly the will to agitate their apparent opponents (i.e. you and I), all masked as ‘pride’ in who they are.

As the herd of lunatics descends further and further into the competition of decadence, normal individuals will grow weary. There is only a certain amount of madness that the masses can take before they are tipped over the edge.

But pride in what, exactly? Why would someone base the entirety of his personality solely on his sexuality or ‘gender’? As the comedian Doug Stanhope put it, ‘if I know your sexuality within the first five minutes of meeting you, I hate you.’ Does anyone truly care who a stranger we have just met is attracted to? Personally, I am more concerned with his taste in literature.

Returning to Sartre’s point regarding the waiter, these individuals are merely play-acting in a competition over who can be most outrageous. Yet, as more and more of them continue down the path of ridiculous attire and obnoxious behaviour, they become more and more undifferentiated. In seeking to project their ‘individuality’, they move closer to uniformity. As they become increasingly outlandish, the remainder of the flock accelerates to keep up; they are in competition. What does this mean for us? But all of this is actually good for the Right.

In every act of rebellion, the man concerned experiences not only a feeling of revulsion at the infringement of his rights but also a complete and spontaneous loyalty to certain aspects of himself. Thus he implicitly brings into play a standard of values so far from being false that he is willing to preserve them at all costs. Up to this point he has, at least, kept quiet and, in despair, has accepted a condition to which he submits even though he considers it unjust. To keep quiet is to allow yourself to believe that you have no opinions.2

As the herd of lunatics descends further and further into the competition of decadence, normal individuals will grow weary. There is only a certain amount of madness that the masses can take before they are tipped over the edge.

Capitalist ‘conservatives’ are not our allies, but we may have a use for those who adhere to an ideology we nevertheless reject.

The Left remain unaware of the negative impact of this limit-freedom which they are attempting to impose on entire societies. Their advocates in politics and the media continue to assure broader society that this ‘freedom’ is for their benefit. Their children will be free to express whatever identity is programmed into them through the spectacle, and everyone is now ‘free’ to be whomever he desires to be. But, at the same time, he is informed that his own expression of who he is and what he believes is now legally restricted.

Tweets and Facebook posts expressing an individual’s personal views can land him in jail; such a one can lose his livelihood and everything he has worked to achieve in his life. He is informed that he must remain silent regarding all things that he finds distasteful; he has no say in his children’s education. He sends his children to school to learn what they need to build their own lives; instead, these children are introduced to the narrative of victimhood; they are told that race does not exist (yet if you happen to be white then you are historically responsible for every bad thing that has happened in the past, even though you are only ten years old) – even though historically all races have engaged in those same actions. Their kids are sent to school to learn about science – they could be potential doctors one day, they could, say, cure cancer – but no, they are told that biology and psychology are fraudulent, that gender is a myth, that genitalia are not indicators of sex, since ‘women can have penises too’.

There is only so much that normal individuals will endure – especially those dwelling outside of cities – and this is precisely why the American Electoral College is being targeted. In cities, where people generally flock in the pursuit of hedonistic inclinations, people are more inclined to accept current ‘trends’, whereas people out in the country remain there because they love close-community spirit, familiar surroundings, peace and quiet, fresh air and simple existence. They are more likely to wholeheartedly reject this parasitic virus. Removing institutions like the Electoral College will eradicate the say of those whom these psychotic Leftists disdains, those who are sneeringly called ‘‘backwards’’ and ‘‘xenophobic’’. As an outsider, I urge those in America to fight not just to keep the Electoral College, but to strengthen it. It may be the last line of defence for the American people.

To close on a broader note, intended for the entirety of the West: Capitalist ‘conservatives’ are not our allies, but we may have a use for those who adhere to an ideology we nevertheless reject. In Britain the Leftist programme of indoctrination that they attempted to install in public schools was outright dismissed thanks to very vocal Muslims who were then joined by saner Brits. Since these immigrants are here, we may as well use what was once a weapon of the Left to batter them. If we can keep conservative Muslims outraged with these programmes, they may be able to help us drive such measures out of our education systems entirely. The more insane the Left becomes, the more useful immigrants may be – for the moment. We do not want them installing their own ideology into our education systems, of course, but we may be able to use them to drive out the Left-wing ideology being implemented at the moment…