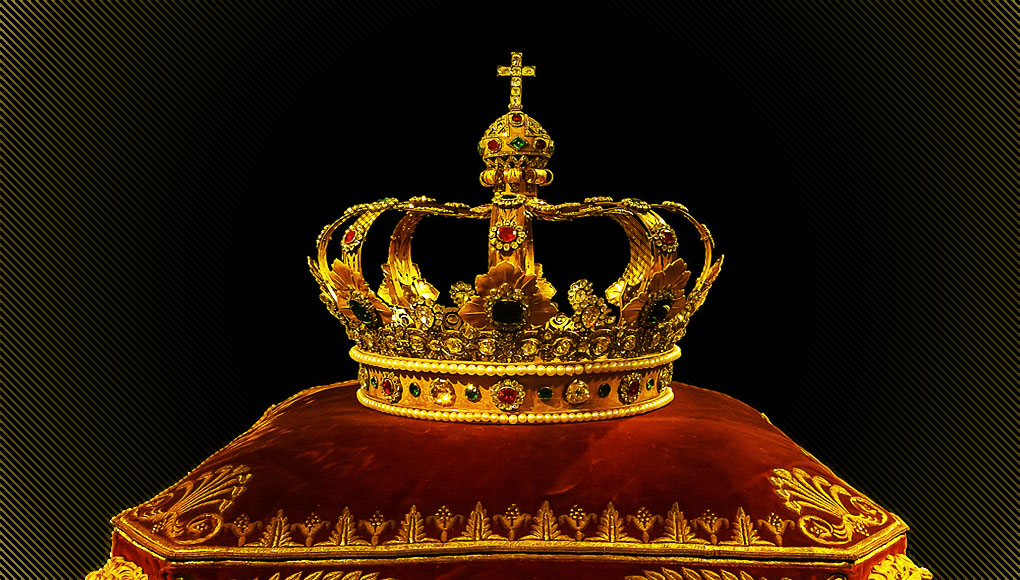 The Right signifies a defence of the values of the Tradition as spiritual, aristocratic and warrior values.

The Italian title of this article is ‘Essere Destra’, which means most immediately ‘To Be [a Man] of the Right’, but could also mean ‘The Being of the Right’. The translator has sought to maintain this ambiguity, which in his opinion is significant for the text itself, in the translation of the title ‘Being of the Right’.

Right and Left are designations that refer to a political society which is already in crisis. In Traditional regimes, these designations did not exist, at least as they are presently understood. There could be opposition in Traditional regimes, but not of a revolutionary kind — which is to say, of a kind which calls the whole system into question. This opposition was rather loyalistic and in a certain way functional; thus in England it was possible to speak of ‘His Majesty’s most loyal opposition’.1 Things changed after the emergence of the subversive movements of more recent times, and, as is known, the Right and the Left were defined on the basis of the place they respectively occupied in the parliament of the opposing parties.

Right and Left are designations that refer to a political society which is already in crisis.

Depending on the plane which one intends to discuss, the Right takes on different meanings. There is an economic Right based on capitalism, which is not without its legitimacy, only supposing that it does not attempt to make itself master and that its antithesis is understood to be socialism and Marxism.

So far as the political Right goes, it de rigueur acquires its full significance if it exists within a monarchy in an organic State — as has been the case above all in central Europe, and partially as well in conservative England.

But one can also lay aside institutional presuppositions to speak of a Right in terms of a spiritual orientation and a vision of the world. In this case the Right, apart from standing against democracy and every ‘social’ myth, signifies a defence of the values of the Tradition as spiritual, aristocratic and warrior values (this last derivatively, and only with reference to a strict military tradition, as occurred for instance in Prussianism). It means moreover nourishing a certain disdain for intellectualism and for the bourgeois fetish of the ‘cultivated man’. (A member of an ancient Piedmont family once paradoxically said, ‘I divide our world into two classes: the nobility on the one hand and those with a degree on the other’, and Ernst Jünger, in support of this, promoted the antidote to be found in a ‘healthy illiteracy’.)

To be of the Right means also to be conservative, but not in the static sense. The obvious presupposition of conservatism is that there is something worthy of being conserved; but this sets us before the difficult problem of where such a thing is to be found in Italy’s recent past, in the time following its unification: eighteenth-century Italy has certainly not left us an inheritance of higher values to protect, such as might serve as a foundation. Even looking further into the past, none but the most sporadic Right-wing positions are to be encountered in Italy’s history; we have been lacking in a formative unitary force such as existed in other nations, which were long ago established by the ancient monarchical traditions of the aristocratic oligarchies.

However, in asserting that the Right should not be characterised by a static conservatism, we intend to say that it must have at bottom certain values and certain ideas, like to a stable ground, and that these must be given various expressions fit to the development of the times, lest we be left behind, and unable to take up, control and incorporate whatever might come our way amidst changing circumstances. This is the only way in which a man of the Right can conceive of ‘progress’; not simple movement ahead, as all too often the left likes to think. Bernanos wittily spoke of a ‘flight forward’ in this context (‘Où fuyez-vous en avant, imbéciles?’).2 ‘Progressivism’ is a ghost, and is alien to every position of the Right. All the moreso since, in a general consideration of the course of history, with reference to spiritual values, and not to material values (technological conquests, etc.), the man of the Right is bound to recognise in it a descent, not a progress and a true ascent. The developments of present-day society can do naught but confirm this conviction.

For a man of the Right, certain principles always constitute his solid basis, his terra firma in the face of transition and contingency.

The positions taken up by the Right are necessarily anti-socialist,3 anti-plebeian and aristocratic; thus, their positive counterpart is to be sought in the affirmation of the ideal State as a structured, organic, hierarchical state, sustained by a principle of authority. So far as this last is concerned, various difficulties emerge with respect to the question of whence such a principle is to draw its foundation and its chrism. It is obvious that this cannot come from below, from the demos — which, with apologies to the Mazzinians of yesterday and today — in now way expresses the vox Dei.4 If anything, quite the contrary. Also to be excluded are dictatorial and ‘Napoleonic’ solutions, which can have at best a transitive value, in situations of emergency and in purely contingent and temporary terms.

Once more, we are constrained to refer rather to a dynastic continuity — provided always, of course, in the case of a monarchical regime, that one keeps in view what has been called ‘authoritarian constitutionalism’, which is to say a power which is not purely representative but nonetheless acts and regulates. This is the ‘decisionism’ of which de Maistre and Donoso Cortés spoke with reference to decisions constituting the limit-case, including all the responsibility which is connected thereto; this responsibility is to be taken on by a single person when he finds himself standing before the necessity of direct intervention, when the existing order has entered into crisis or new forces have debouched on the political scene.

Let us repeat, however, that this kind of rejection of a ‘static conservatism’ does not regard principles. For a man of the Right, certain principles always constitute his solid basis, his terra firma in the face of transition and contingency; and here, ‘counter-revolution’ must stand as our clarion watchword. Or if one prefers, one might make reference instead to the only apparently paradoxical formula of a ‘conservative revolution’. This concerns all initiatives that are to be instituted toward the removal of existing negative situations, and which are necessary for a restoration, for an adequate recovery of whatever has intrinsic value and whatever cannot be called into question. In truth, in conditions of crisis and subversion, it can be said that nothing has so revolutionary a character as the very recovery of these values. There is an ancient saying, usu vetera novant,5 and it sheds light on the same context: the renewal which might be realised through the recovery of the ‘ancient’, which is to say, our immutable Traditional heritage. With this, we believe that the positions of the man of the Right have been sufficiently clarified.

1The expression is given in English in the original. — Trans.

2The citation is French: ‘Whither are you fleeing, fools?’ It is taken from an essay by French novelist Georges Bernanos (1888-1948) entitled La France contre les robots (France Against the Robots). The original French differs slightly from Evola’s reproduction: ‘Que fuyez-vous donc, imbeciles?’ meaning ‘From what are you fleeing, fools?’ The response which Bernanos furnishes very much accords however with Evola’s argument in the present chapter: ‘Alas! You are fleeing from yourselves… One understands nothing of modern civilization if one does not first admit that it is a universal conspiracy against every kind of interior life.’ Bernanos is perhaps best remembered for his novel Diary of a Country Priest, which treats of a young but ailing pastor who, assigned to a troubled country parish, struggles against spiritual temptation and faithlessness. Bernanos was a Roman Catholic, a monarchist and an anti-democrat, who nonetheless manifested great intolerance for the politics of his epoch: though he fought in the First World War, he spent the entirety of the Second in self-imposed exile in South America. — Trans.

3Italian: antisocietarie, literally ‘anti-societal’ or ‘anti-corporate’. Obviously neither of these words represents what Evola has in mind here, which is rather opposition to Marxism in its social aspect. — Trans.

4Reference to the Latin expression Vox populi, vox dei; ‘the voice of the people is the voice of God’. Quite fittingly, it made its historical debut as the title of a Whig tract in 1709, and has since been used in a variety of (generally philo-liberal and philo-democratic) contexts. — Trans.

5A Latin phrase which René Guénon found inscribed into the architrave of an old gate in Guénon’s native city of Blois. The original phrase read Usu vetera nova, ‘Use makes old things new’. Evola’s modification reads instead ‘Old things become new in the use’. – Trans.