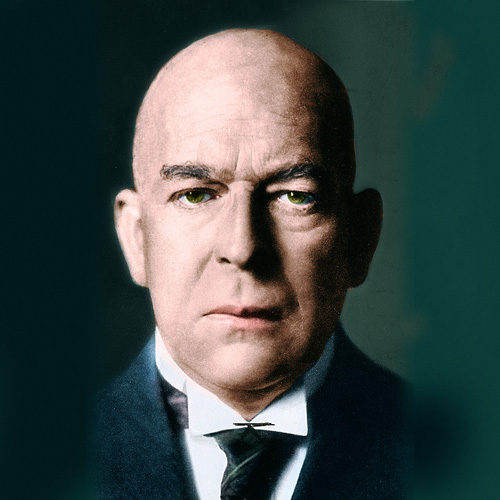 Oswald Spengler (1880–1936) was a philosopher of history who is regarded as one of the principal figures of the Conservative Revolution in the Weimar Republic. His most important work was his two-volume 1918/23 book The Decline of the West, in which he theorised that all civilisations go through an inevitable cycle of rise and fall, with the West currently entering its declining period. The book went on to be immensely influential throughout the world. He saw a distinction between what he termed ‘Prussian socialism’ and Marxism. Although a nationalist, he was sceptical of the Nazis when they came to power, disagreeing particularly with their racial policies. In 1933, he was granted membership in the Senate of the German Academy. Arktos has issued reprints of his books Man and Technics, Prussianism and Socialism and The Hour of Decision in different languages.