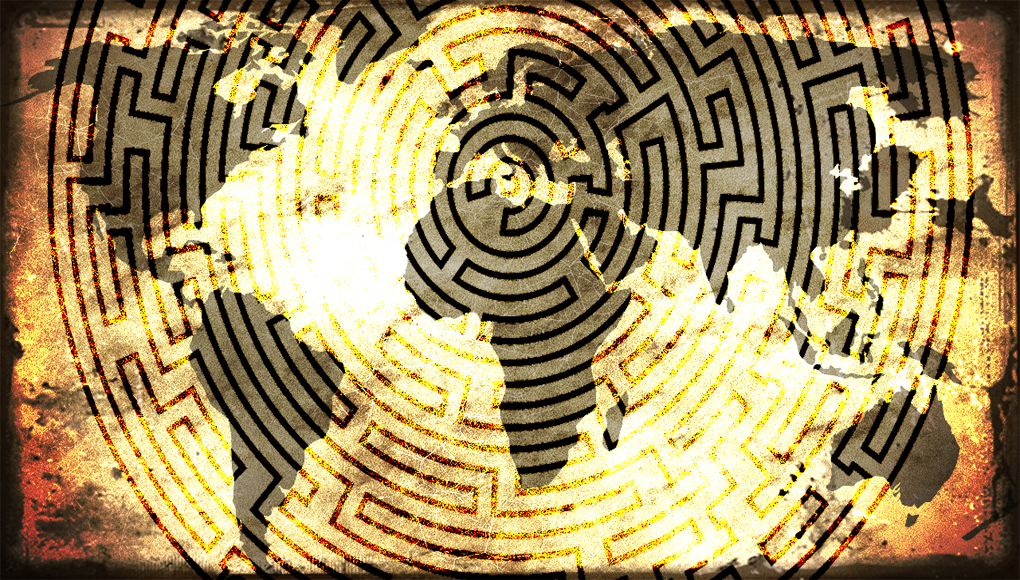 It is essential to have an understanding of geopolitics in order to know where we fit in the grand scheme of things.

Geopolitics has become a bit of a buzzword in recent years despite the concept being around for quite some time. With events in places like Syria, Iran, Turkey and the Ukraine it has become important to discuss this topic. In order to gain a better understanding of the current events, we must first take history lesson in geopolitics.

Mackinder and the Heartland Theory

Sir Halford Mackinder (1861–1947) is considered one of the founding fathers of geopolitics. Mackinder was an English Geographer most known for his essay, The Geographical Pivot of History (1904)1 which popularized what came to be known as ‘The Heartland Theory’. Mackinder divided the world into 3 parts: ‘The World-Island’ (Europe, Asia and Africa), the ‘offshore islands’ (United Kingdom and Japan), and the ‘outlying islands’ (the Americas and Australia). ‘The Heartland’ lay at the center of the ‘World-Island’ stretching from the Volga to the Yangtze and from the Artic to the Himalayas. Essentially, ‘the heartland’ constitutes Russia and a few of the Central Asian countries. Later on, in Democratic Ideals and Reality (1919), Mackinder would summarize his ‘heartland theory’ thus:

Spykman and the Rimland Theory

Nicholas Spykman (1893–1943) was an important American political scientist who introduced classical realism into American foreign policy and is considered the ‘godfather of containment’ for his geostrategic contributions. Spykman accepts Mackinder’s division of the world into three sections with some exceptions. Spykman expands upon the concept the ‘offshore islands’. He develops what he calls ‘The Rimland’ which is made up of Western Europe, the Middle East, and the ‘Asiatic monsoon’ lands which constitute India, Southeast Asia, China, Korea and Japan. This ‘rimland’ forms a belt wrapping around the entire ‘heartland’. Spykman’s theory of geopolitics differs from Mackinder in that he feels that the ‘rimland’ plays a greater role in determining who dominates the planet. According to Spykman,

Brzezinski and The Grand Chessboard

Zbigniew Brzezinski is one of the masterminds behind the American post-Cold War foreign policy. He lays out his geostrategy in his infamous work, The Grand Chessboard (1997),3 where he follows the geopolitical tradition of Mackinder and Spykman. In The Grand Chessboard, regarding the landmass of Eurasia as the center of global power, Brzezinski sets out to formulate a Eurasian geostrategy for the United States. In particular, he writes, it is imperative that no Eurasian challenger should emerge capable of dominating Eurasia and thus also of challenging America’s global pre-eminence. With this in mind, we can begin to try and understand the geopolitical goals of the United States in the world today.

Dugin and The Foundations of Geopolitics

While the Americans were developing their own post-Cold-War geopolitical strategy, so were the Russians. Alexander Dugin developed his own geostrategy which he laid out in The Foundations of Geopolitics: The Geopolitical Future of Russia (1997).4 The book has had a large influence within the Russian military, police, and foreign policy elites and it has been used as a textbook in the Academy of the General Staff of the Russian military. In Foundations of Geopolitics, Dugin calls for the influence of the United States and Atlanticism to lose its influence in Eurasia and for Russia to rebuild its influence through annexations and alliances. Not only does Dugin believe that alliances should be formed with countries like Iran or Syria but he believes that Russia should meddle in the internal affairs of the United States as well:5

With this in mind, we can begin to try and understand why Russia has formed geopolitical alliances with countries like Iran and Syria, along with the ‘Russian bot’ narrative being pushed by the mainstream media.

While this is far from being a complete analysis of geopolitics and all of the important thinkers and strategists throughout history, it is enough to give us an understanding of the current geopolitical environment we find ourselves in. If we want to use the chessboard analogy, the two players are the United States and Russia and all of the other countries, non-state actors, paramilitary groups, etc. are the pieces on the board. Dugin has applied the labels ‘Atlanticist’ and ‘Eurasianist’ to describe the two sides in this global struggle. Atlanticists are the USA, UK and their allies throughout the world. The Eurasianists are Russia and its allies throughout the world. As we have seen throughout the Cold War, each side will back revolutionary movements in order to one-up the other. Things have not changed since the end of the Cold War.

If you are a political dissident, you must ask yourself, whose side are you on? Are you with the United States and their Globalist-Zionist-Salafist coalition? Or are you on side the Russia and their allies Assad, Iran and Hezbollah? For some, it’s easy to be dismissive of both sides. However, if you are a realist and you wish to enact a political agenda, then you must choose. Even something as simple as advocating for a non-interventionist policy in the United States is a political action against the globalist elites in the US and in favor of Putin and Russia. As mentioned previously, both sides are known to back revolutionary political movements in order to one-up the other. Knowing this, it makes it even more important to ally yourself with one of these two sides if you are serious about gaining political power on this planet. If your movement is both anti-American and anti-Russian, then your political movement is not going to be around for long and it is certainly not going to accomplish anything meaningful. Welcome to realpolitik. It can’t be you versus the entire world.

Identitarians must make a choice if they are serious about advancing their own political agenda. Should they ally themselves with ‘The Swamp’ in Washington, DC or should they look to the Kremlin in Moscow as a potential fellow traveler? While you may not like it, sometimes the enemy of your enemy is your friend.