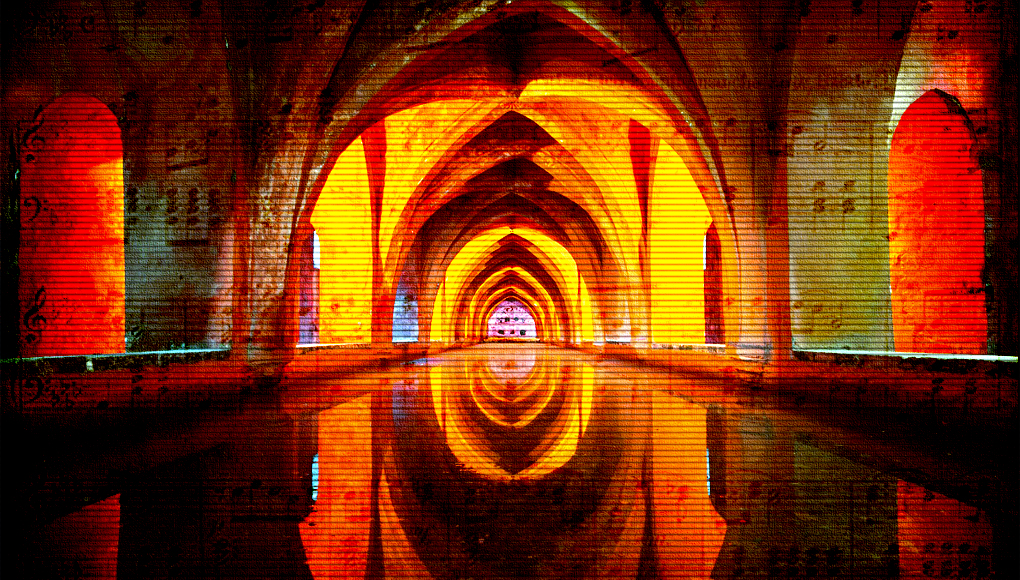 Whether we look backwards or forwards we need to remember that we are standing here.

This essay is a revised version of the introductory chapter of Here and Now: Some Thoughts on the World and How We Find It (London, Arktos, 2015). The author sees fit to republish it here on account of its present relevance.

There is inevitably much discussion about how bad things are and how they are getting even worse. There are indeed many things that we can complain about. It would be very easy, then, for us to either fall into despair – ‘How can we carry on in this cruel world?’ – or turn to anger – ‘We must fight and fight until we have created a new world!’ However, while I have no intention of telling anyone else how he should live or even what he should get angry at, I want to offer the alternative view that we focus on what around us is good and what we can use to enhance our lives.

It is the love of home that modernity finds so hard to accept. With its emphasis on Progress and human perfectibility, modernity simply cannot accept where we are now as anything other than contingent.

We should not mourn what we have lost, but instead celebrate what we still have. Why be angry and cast about for enemies when there is so much left for us to savour? I hope I am not being either naïve or sentimental when I say this, but traditionalists and antimodernists have much to be thankful for. For example, without leaving my house I can put my hand on the three great English translations of the Bible – Wycliff, Tyndale and the King James versions – as well as The Book of Common Prayer; I can pick up Shakespeare, Dante, Stendhal, Scott, Dostoyevsky and Eliot; I can listen to Byrd, Monteverdi, Bach or watch the films of Tarkovsky. I can catch a bus and in twenty minutes be sitting in a magnificent 13th Century cathedral.1

Of course, much is wrong, and some things are really very wrong. But not everything is wrong. There may be some things that are worth fighting for, but the things above I have just mentioned are in no real danger. I can take part in services according to The Book of Common Prayer; I can and do listen to Bach often and have recently had the pleasure of watching my wife singing in a performance of The St Matthew Passion in the aforementioned 13th Century cathedral. I can read, and re-read, the works of Eliot and Scott at a time of my choosing. So, I have much to relish, and I do not think I am particularly exceptional in this. Indeed, in some ways, there has never been a better time to gain access to all these wonderful things. I no longer have to go to a concert to hear Bach but can listen via my laptop. It is also undoubtedly now much easier to find and maintain contact with like-minded people via the Internet, as the existence of this journal testifies.

I can understand the tendency to want to fight, especially if one feels threatened. But what I find harder to accept is the hatred and the anger that gets generated in debates over the state of our world and the direction in which it seems to be moving. This anger and hatred are most unhelpful to the cause of antimodernism and tradition in general. It makes us appear unattractive and gives the impression that all we are concerned with are things that are wrong, with things that we oppose or wish to stop. We often appear with a sneer, and with an obvious sense of resentment. We give the impression we would rather be anywhere but here.

But in doing so, we give much ground, and this is because here and now is all we have. We cannot rewind time any more than we can fast-forward it. This is the only chance we are going to have on God’s earth and so perhaps it would be best if we stopped being angry, stopped hating things and started to relish all that has been accumulated by better minds than ours and which is still there for us if we only reach out our hands.2 If we have only the one life, why waste it chasing what is very likely to be unattainable in our lifetime? So I want to suggest that we take a positive view of our situation and look at what we can do rather than what we cannot.

This does not mean that I am not critical of certain ideas and groups. Like all antimodernists, I choose to define myself by what I am against rather than what I am for. I do not want to be a Dr. Pangloss, who can only see the best in everything. But I do insist that antimodernism needs to show its positive side. In part this is precisely because we define ourselves by what we are against; but also we need to show that we have some purpose other than going red in the face and saying ‘over my dead body’. I am not suggesting that we should forego our principles and capitulate to modernity. Rather I am just reminding those who see the imminent end of all things that there are some very good reasons to carry on. And, if we are serious that we are seeking to defend our civilisation, then we ought to attempt to do so in a civilised manner. If we wish to preserve the very best of what has been thought and said, then perhaps we should try to emulate these high standards in the way we ourselves act.

I realise that this might disappoint, and even annoy, some people. They might feel that things really are desperate and that I am being complacent. For them the world might really seem to be in ruins or civilization really is on the verge of being overrun. I have no intention of trying to dissuade anyone of sincerely held views. But even if one does believe there is an imminent threat of destruction it still might pay one to stop, to calm down and to think just what it is that one is fighting for, and why it has managed to survive for so long. And in doing so, one might come to appreciate that this survival is not due to anyone’s anger or hatred.

If we are serious that we are seeking to defend our civilisation, then we ought to attempt to do so in a civilised manner. If we wish to preserve the very best of what has been thought and said, then perhaps we should try to emulate these high standards in the way we ourselves act.

What I think we need to do is to show that the antimodern case can be stated positively, and indeed it can be stated quite simply: antimodernism is where we place one idea above all others, and this idea is the love of home. I want to suggest that this very simple statement is at the core of all we believe and why we believe as we do. It is even why we might get angry. But, for most of us, home is an entirely positive concept. It is a place of comfort, security and stability. Home is a store of memory, a nest and a refuge from the world and a place when we can be ourselves. It is what we are most familiar with and it is the place we share with those we feel closest to.3 This sense of home, for most of us, is more extensive than the place in which we live, but also encloses a culture and a way of life.

This idea that antimodernism is the love of home helps us to deal with the problem of how we can claim to be positive while labelling ourselves by what we are against. Antimodern, it appears, is defined by what it opposes rather than saying anything positive. This, of course, is true, but then I would argue that it is the love of home that modernity finds so hard to accept. With its emphasis on Progress and human perfectibility, modernity simply cannot accept where we are now as anything other than contingent. If we have a home, it is to be continually remade so as to remain ‘relevant’.

The form of antimodernism I am expressing here is one that is formed out of English conservatism and so is dispositional rather than ideological, quiet rather than confrontational, reserved rather than strident and angry. For me, antimodernism is not really a set of ideas but a disposition: it is an attitude we take towards the world around us. It is therefore about how we live and how we relate to those people and things that are around us. Whether we look backwards or forwards we need to remember that we are standing here. This place we are now in, with all its faults and all its glories, is where we have to be, we can be nowhere else. We cannot go back, and we cannot wish away the present. So, we should try and enjoy it.

2I have been accused here of being Hegelian in arguing that history only runs one way. My point though is rather what might be seen as common-sense Burkean: this is simply, and self-evidently, how things are.