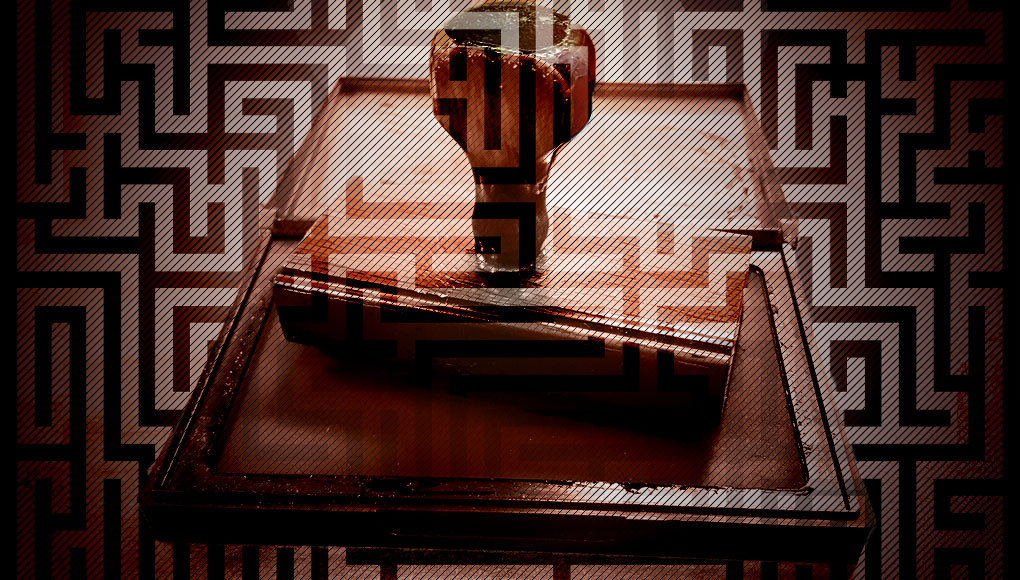 Contemporary bureaucracy is but the twisted shadow of an essential part of the Traditional State.

The following article was originally published by Evola in The Secolo d’Italia, March 31 1953.

A characteristic sign of the decadence of the idea of the State in the modern world is the loss of the higher significance of service to the State.

Wherever the State presents itself as the incarnation of an idea and a power, an essential function in it is played by political classes defined by an ideal of loyalty, classes that feel a high honour in serving the State, and that on this basis participate in the authority, in the dignity and in the prestige inherent in the central idea, thereby differentiating themselves from the mass of simple, ‘private’ citizens. In traditional States, these classes were above all the nobility, the military, the diplomatic corps and, finally, that which is today called the bureaucracy. We would like to offer some brief considerations on this last.

Bureaucracy today is naught but a caricature, a materialized image, faded and displaced, of what ought to correspond to its idea.

As has been defined in the modern democratic world of the latest century, bureaucracy is naught but a caricature, a materialized image, faded and displaced, of what ought to correspond to its idea. Even leaving aside the immediate present, in which the figure of the ‘state worker’ has become the squalid being in perennial struggle with the economic problem, to such a degree that he has become the favourite object of a kind of mockery and bitter irony – even leaving this aside, the system itself shows deplorable qualities.

In today’s democratic States, we are confronted with bureaucracies deprived of authority and prestige, deprived of a tradition in the best sense of the term, with bloated, grey, underpaid personnel, specialized in sluggish, listless, pedantic and cumbersome routines. A horror for direct responsibility and slavishness before one’s ‘superior’ are other characteristic traits here; and higher up, another trait yet is empty officialism.

In general, the average state functionary today is almost indistinguishable from the general type of the modern ‘wage earner’; and in fact in recent times ‘state workers’ have assumed precisely the role of a ‘category of workers’, which follows the other categories in making social and salary demands through protests and even strikes – things that are inconceivable in a true and traditional State, as inconceivable as an army that one day up and goes on strike in order to impose on the State, understood as an ‘employer’ sui generis, its needs. Practically speaking, one becomes an employee of the State when one has no initiative and when one has no better prospect, in order to achieve an income which is, to be sure, modest, but also ‘sure’ and continual: thus, one becomes an employee of the State in a spirit which is petty bourgeois and utilitarian in the extreme.

And while in base democracy the distinction between him who serves the State and any given worker or private employee is therefore almost inexistent, in the upper spheres the bureaucrat is confounded with the type of the insignificant politician or ‘underling’. We have ‘honourable’ and ‘influential persons’ invested with governmental power, but for the most part without the counterpart of a true and specific competence – men who, in the ministerial shuffle, grasp at and exchange the portfolios of some ministry or other, hastening to call up friends or fellow party members, keeping in their sights less service to the State or to the Head of the State, than how to profit from their situation.

This is the sad picture which the entirety of the bureaucracy today presents. Part of this might be due to technical reasons, the disproportionate growth of administrative structures and superstructures and of the ‘public powers’: but the fundamental point is a fall in level, the loss of a tradition, the extinguishing of a sensibility – all phenomena which run parallel to the twilight of the principle of a true authority and sovereignty.

Wherever the State presents itself as the incarnation of an idea and a power, an essential function in it is played by political classes defined by an ideal of loyalty.

We are reminded of the case of a functionary who belonged to a noble family, and who resigned his post when the monarchy of his country collapsed. He was asked in bewilderment: ‘How is it possible that you could be a functionary – you who, being a millionaire, had no need of an income?’ The bewilderment of one who felt it necessary to ask such a question was certainly not inferior to that of the man who responded to it: because he could not conceive of a greater honour than that of serving the State and the sovereign. And, from the practical point of view, there was nothing of ‘humility’ in this, but of the acquisition of prestige, of ‘rank’, of an honour. But today who more than the bureaucratic world itself would be amazed and would burst out laughing if, for instance, the son of some fat capitalist, imbued with this spirit, had ambitions to become… a ‘state worker’?

In the Traditional States the military, anti-bureaucratic spirit of serving the State had almost a symbol in the uniform that its functionaries soldier-like wore (let it be noted that Fascism attempted to take up this idea). And contrary to the style of the high functionary who makes his post serve his various practical ends, there was, in these former, the disinterest of an active impersonality. In the French tongue the expression On ne fait pas pour le Roi de Prussie1 means more or less this: one does nothing save in return for coin in one’s pocket. It is a reference to the contrasting style of pure, disinterested loyalty that constituted the climate in the Prussia of Frederick II. But also in the early English self-government,2 the highest posts were honorary and were entrusted to whomever enjoyed economic independence, precisely so as to guarantee the purity and the impersonality of the post, and, to no lesser degree, its corresponding prestige.

As has been indicated, bureaucracy in the lower sense is formed parallel with democracy, while the States of Central Europe, being the last to conserve traditional traits, conserve also much of the style of the pure, anti-bureaucratic ‘service to the State’.

To change the state of affairs, especially in Italy, makes for a desperate venture. There are exceedingly grave technical difficulties, also financial ones. But the greatest difficulty is that which derives from the general fall in level, from the bourgeois spirit, from the materialistic and profiteering spirit, from the absence of a true authority and sovereignty.

2Evola gives this term in English.