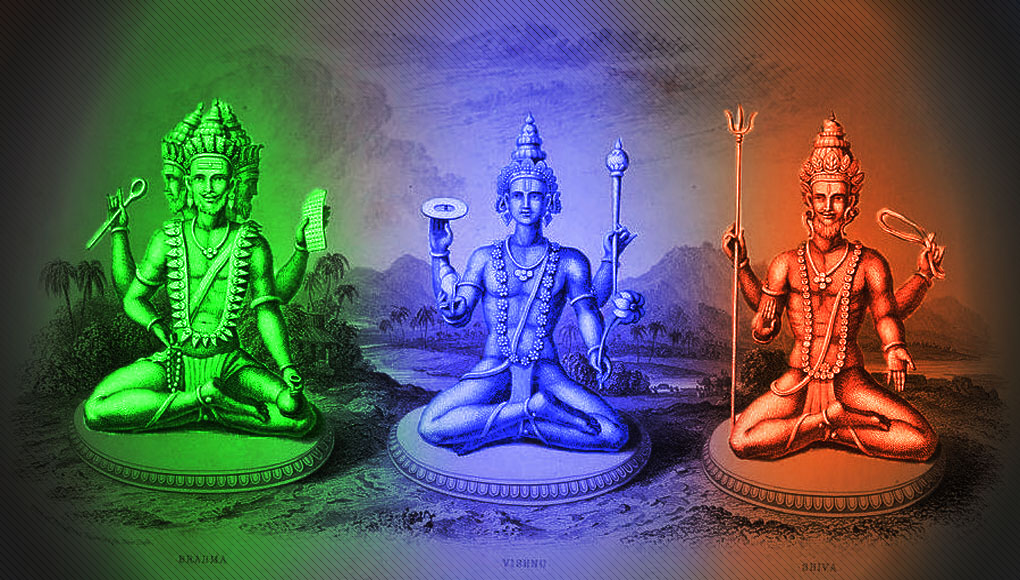 A brief analysis of the two paths toward understanding the divine, and the problem of evil which is their greatest challenge.

The following article was originally published in the journal Roma, 27 November 1971 near the end of Julius Evola’s life. In the opinion of the translator, it is particularly revealing of Evola’s personality.

For whomever seeks to form an idea of divinity and of its relation with the real world, two paths appear, one of which we might call the deductive, and the other inductive. Those who take the first path – as every believer habitually does – depart from a certain a priori concept of divinity, which conforms to their faith, and upon the basis of which they attempt to explain the created world. Along the second path, or the inductive path, on the other hand, after forming for oneself a realistic and comprehensive idea of the world, one is hard pressed to represent to oneself what god might have been its creator or author.

Evil can be observed in the world and in existence; destructive processes and dark forces act in it, and so one must ask oneself how all of this can be reconciled with such an idea of God.

Along the first path, difficulties of some significance arise when one assumes the idea of a personal God with singularly positive, luminous, and, so to speak, ‘moral’ characteristics. Indeed, evil can be observed in the world and in existence; destructive processes and dark forces act in it, and so one must ask oneself how all of this can be reconciled with such an idea of God. This conciliation is the problem of a branch of theology known as ‘theodicy’: in the framework of Christianity, we can state that this problem has never been resolved in a satisfying way.

Already beginning from the first centuries of Christianity, the difficulties here were brought into relief in a rather crude way by Marcion, in the form of a dilemma. On the one hand, Marcion considers the world according to its above-mentioned dark and problematic aspects; on the other hand, he posits a God who is supposed to be wise, good and omnipotent. In light of this, Marcion reasons as follows: if the world is what it is (and is not the ‘best of all possible worlds’, as the theodicy of Leibniz attempted to demonstrated), God might be good, but not omnipotent and wise; or else he will be omnipotent, but not good and wise; or else he will be wise, bot not omnipotent and good. Marcion believed that he had found a way of coping with this difficulty by admitting, in a certain sense, two divinities: the first is the ‘Demiurge’, an inferior creator god who is responsible for being, for creation, such as it is; the other is the Higher God, the transcendent, truly luminous god.

For Marcione, the first God was the god of the Old Testament (who in truth does not always reveal sympathetic traits); the second, the God of love and grace, the god revealed by the New Testament.

To join these two theses together, Marcion spared no pains in revealing those aspects of reality and of existence which, in his opinion, do not indicate the supreme wisdom of a god; his work was not wanting even in a a piquant note when he says that all one must do is consider the ‘ridiculous gymnastics’ (sic) necessary for procreation, if one is to be convinced that creation is not the work of a truly wise god. (Perhaps, had he known them, Marcion would have adopted the words of that famous Greek orator who asked the gods, and in particular Zeus, why, having decided that men must reproduce, he had dreamed up nothing better than woman for the task).

But there is another way of redimensioning the concept of divinity, by commencing from the reality of the world. In one of the essays contained in the volume recently published in Italian translation by Edizioni Mediterranee and entitled Mefistofele e l’androgino,1 the historian of religion, Mircea Eliade, indicates the recurrence, in various civilizations, what we might call a two-faced conception of divinity, such as might correspond to a coincidentia oppositorum:2 a God who contains opposites in himself, who is luminous and who is tenebrous, creative and destructive, good and evil – and therefore, if you please, as much God in the strict traditional sense as anti-God, the devil, Mephistopheles or, as it is sometimes referred to, the ‘other half’.

This conception differs from the view proper to the ancient dualistic Persian religion (the Iranic religion called Mazdeism), which held fast at the opposition of two originating principles (the God of light against Ahriman), which are assumed to be coexistent but in a state of continual tension and struggle. With the aforementioned conception, on the other hand, one goes beyond this cosmic opposition; one imagines a unity which subsumes this unity and which transcends it. Such a conception, which is certainly disconcerting for the many, frequently has a place in the world of the Mysteries and initiation, but here it held to be the last esoteric mystery, which was not to be revealed to the profane. It is also reflected, moreover, in the views of the mystic English poet William Blake, who spoke of the ‘marriage of heaven and hell’.

It is evident that, commencing from such an idea of divinity and of the Supreme Principle, the problem of explaining the world and existence in all its antitheses disperses; nor is there need to postulate, with Marcion, a subordinate deity, who is singly responsible for creation, and who was, so to speak, not particularly good at his job. But perhaps the most balanced view is presented to us by the so called Trimurti of Hinduism.

Following this well-known view, we should consider three aspects of the Supreme Principle, personified by as many Gods: the creative aspect (Brahmin), the aspect which conserves existence and order (Vishnu), and the destructive aspect (‘black’, Shiva). With this triad, it is possible to attempt a global interpretation of the universe and of life,with nothing left out.

In this context, it is perhaps possible to trace the way in which the Idea of Satan emerged in the sphere of the Christian faith. It has been characteristic of Christianity to attribute to divinity only the positive, luminous, ‘moral’ qualities. Given this polarization, everything which has a different character and which, according to the aforementioned metaphysical and transcendent conception of divinity, was absorbed into a higher, impenetrable unity, had to assume the traits of a principle exclusively negative in and of itself – not merely the ‘other half’ – in the person precisely of the devil, of Satan, Lucifer or such like. One returns thereby to the ancient dualistic view, only now in a moralizing tone.

To attempt to explain the possibility of the existence of the devil in the cosmic economy of the divine, some have sought to transform him into an instrument of the divine itself.

Naturally, the concept of the ‘devil’ includes something more as well. On the one hand, the devil is the wicked, the tempter. To attempt to explain the possibility of the existence of such a being in the cosmic economy of the divine, in its proper plane, some have sought to transform him into an instrument of the divine itself. Thus Goethe spoke of a force which ever wants the evil, but which in the end, despite itself, produces the good. This however does not exclude the possibility that, leaving aside the ‘happy ending’,3 the desire for evil characterizes the Christian Satan or Lucifer, according to his aspect of ‘contester’, opposer, the rebel par excellence, the rebel by profession and vocation – indeed, to such an extent that one can almost make of him the illustrious patron saint of all those frantic, if capricious and quite profane, tendencies which are today the fashion.

Precisely this aspect comes into relief in the delightful novel La révolte des Anges by Anatole France. The angels, fallen head-first and routed with Lucifer, descend to earth, where they proceed to reorganize in order to attempt their vindication, employing everything that both science and magic have to offer them. Everything is so well arranged that there seem to be no doubts about the favourable result of the venture. Save that Lucifer, the eve before the great day, has a dream: he dreams victory, dreams that the old God has been dethroned, that he himself has taken the empty place. But in feeling himself become the omnipotent God of Light, without rivals, Lucifer is overcome by such a sense of boredom that, upon awakening, he immediately countermands his orders and sends everything to the dogs. He prefers to remain the eternal rebel.

1This title was translated into English as Mephistopheles and the Androgyne: Studies in Religious Myth and Symbol (Sheed and Ward, 1965). So far as the editor can work out, it is presently out of print.

2Latin: ‘coincidence of opposites’, meaning the simultaneous presence in one and the same thing of contrary or contradictory traits, aspects, qualities, elements etc.

3In the Italian, Evola has ‘happy end’ in English.