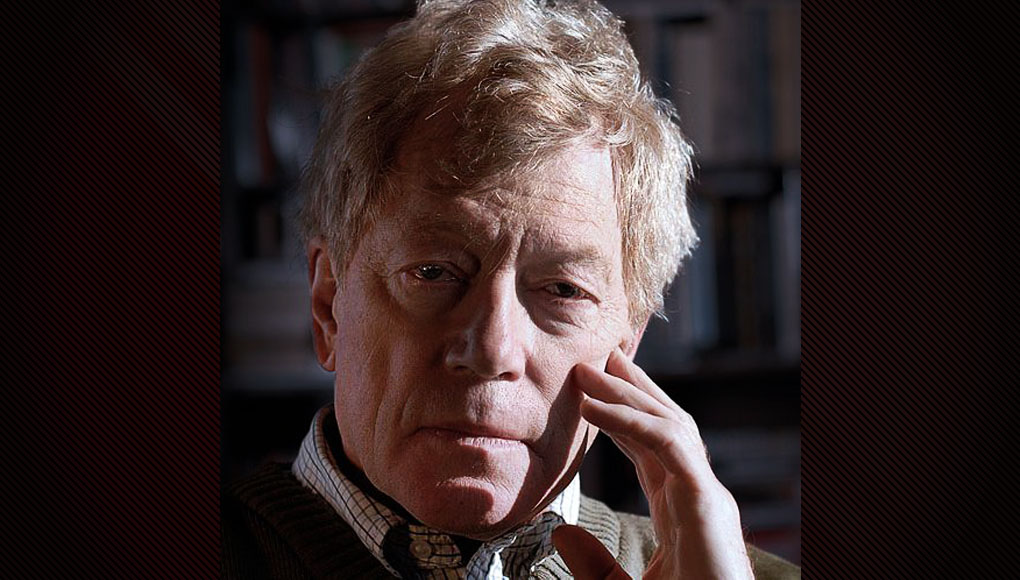 Sir Roger Scruton’s legacy entitles him to his place in eternity.

This week (12 January 2020) the Scruton family announced the death of the British traditionalist conservative philosopher Sir Roger Scruton, at the age of seventy-five. Recent days have seen far more eloquent and wide-ranging tributes than I could offer; still, given the perceptible ‘hidden hand’ of Scruton’s influence on my own life and work, I nevertheless feel obliged to submit this small reflection and survey of his work and legacy to the public.

What struck me on both occasions of meeting Sir Roger Scruton was what I hazard to call the immanence of the living man in his written work.

I had the opportunity to meet and talk with Sir Roger twice in my young life – once for the purpose of an interview, and again briefly at an event at which Sir Roger was speaking. What struck me on both occasions was what I hazard to call the immanence of the living man in his written work. A reader of Scruton’s books, whether sympathetic or hostile, cannot avoid recognizing the well-crafted nature of his prose, his desire to form language into something beautiful, indeed, something worth reading. The man Scruton spoke among friends and acquaintances as he wrote – with well-crafted and often deeply profound thoughts, making him a man worth hearing. In certain contexts (such as that of the interview mentioned above), he took on the role of a teacher quite naturally, never imposing his words upon those of us who asked for his input with arrogance, but gently and confidently participating in the paradosis of the things which to him seemed worth holding on to. Scruton is perhaps an image of several distinctly and traditionally English qualities, but perhaps also traditional English qualities which will see few takers in the years following his death.

Douglas Murray’s recent tribute1 to Sir Roger described him as ‘a man bigger than the age’. Certainly, Scruton was a man consistently at odds with the age. The publication of The Meaning of Conservatism (1980, revised 1984 and 2001) is surely a milestone in right-wing political thought; a thorough repudiation of liberalism and socialism, and implicitly critical of the neoliberal tendencies of Thatcherism that were overseeing the revival of the British Conservative Party’s popularity at the time, The Meaning of Conservatism both firmly grounded the ‘traditionalist’ wing of English Toryism outside of liberalism, and grounded Scruton in his long-standing status as an intellectual pariah among the Anglophone academic establishment. In the 1990s, Scruton regularly defended and expounded the aesthetic meaning behind traditional English pastimes. A smoker, fox-hunter and powerful critic of brutalist and modernist architecture, Scruton’s positions increasingly conflicted with the final socio-cultural deconstruction of a nation soon to be ushered in under the aegis of Tony Blair’s ‘New Labour’ (which perhaps now could be described as the epitome of left-wing cultural ‘boomerism’). These conflicts even saw Scruton relocate to the United States briefly, from 2004 to 2009.

Perhaps one of Scruton’s greatest cultural achievements was as part of the underground academic world behind the Iron Curtain in Eastern Europe. Throughout the 1980s Scruton visited Czechoslovakia to run secret university courses and smuggle books banned by the communist regime into the country, even being arrested in 1985 before fleeing across the border into Austria. His work supporting the dissidents of Eastern Europe was recognized by the Czech government with a Medal of Merit in 1998, and by the Polish in 2019. The events of this part of his life were captured by Scruton artistically in the novel Notes from Underground (2014), and he remained critical of both communism and the social theorists who drank from its ideological draught (vid. Thinkers of the New Left, 1985; republished as Fools, Frauds and Firebrands, 2015).

As a writer, Scruton refused to specialize, and his works cover innumerable topics from political philosophy and Kantian ethics to architecture and music, not to mention his accomplished status as a novelist and opera composer. In contemporary philosophy, Scruton exerted his influence despite his status as something of a reactionary. Modern Philosophy: An Introduction and Survey (1994) remains a popular textbook, used somewhat begrudgingly but with a full recognition of its merits in English universities by academics with political stances far from his own. Sexual Desire (1986), despite its conservative ethical position and hostility to most contemporary ideological talking-points (re female equality, deviant sexuality &c.) has been recognized by liberal scholars as one of the first systematic engagements with modern philosophical issues of sexuality and love. As a political philosopher, I would humbly submit that Scruton’s greatest contributions include his development of the term ‘oikophobia’ – a term lifted from the English Romantic poet Robert Southey, but explicated by Scruton as a kind of childish (and politically neurotic) repudiation of one’s homeland and the way of life associated with it – and his interpretation and application of the French sociologist Émile Durkheim. Like Durkheim, Scruton’s analyses of nation-states were holistic in nature, seeing cultural traditions not as eccentricities to be freely adopted and discarded, but as lived realities which emerged from, were shaped by, and ultimately represent the cultural-historical reality of cultures and peoples. Scruton’s greatest advancement in Durkheim’s social theory for our age, however, was his recognition (in The Soul of the World, 2014) that attempts to describe the traditions and cultural inheritances of nations in a purely historico-materialist and Darwinian way was insufficient. Evolution, he teaches us, cannot account for the spiritual experience of man in various aspects of his real life: be that family life, religious life, or wider political life. Indeed, it was the left’s inability to depart from this absolutizing materialism that was the source of much of their hostility to Scruton and, as he himself realized, their inability to countenance the meaning of tradition.

It seems to me that Scruton has achieved at least some participation in that beautiful, triumphant death that is the highest calling of the European spiritual and artistic destiny.

Throughout his life, Scruton frequently characterized his leftist opponents as mistaken, and spoke of them with great pity. His later work tended to manifest in attempts at explaining the ‘conservative attitude’ which he had developed to curious liberals and socialists. Scruton’s last non-fiction book, Conservatism: An Invitation to the Great Tradition (2017), was explicitly written with liberal readers in mind; but it was How to Be a Conservative (2014) which received greater popular acclaim. This last work included a particularly effective analysis of the truths and errors in liberalism and socialism – praising the latter’s recognition of political reality of human communities and the former’s primacy of human free will in the achievement of individual destiny, but criticizing the materialism and tendency towards inhumanity in socialism, as well as the anomie and rootless individualism that often accompanies liberalism. Nevertheless, despite his benevolence and characteristic gentleness in the presentation of his political and ethical philosophy, this did not prevent the modern left from attacking him with all the hallmarks of its contemporary mendacious schizophrenia. His 2019 interview in the British left-leaning magazine, The New Statesman (a publication for which he had once been a wine critic), was published as a combination of misrepresentation of views and outright lies, and saw his reputation perhaps irreparably damaged, leading as well as to his dismissal from a UK Government commission on architecture to which he had been appointed. Whilst he was later reinstated and offered an apology, and the magazine admitted its wrongdoing (only after much pressure had been put upon it and much evidence acquired by Douglas Murray in Scruton’s favour), as in many such cases, one can never quite recover from such damage, and it remains the case that the original libellous article received much more attention than the ensuing apology. If there is one thing that Scruton’s experience can teach the rest of us, it is that no amount of sympathy with one’s opponents or good-natured conduct, at least when one’s opponents are so psychologically shallow as to desire nothing less one’s complete destruction, will spare the curious traditionalist from the onslaught of a definitively hostile media. It is fitting that his final two works of fiction – The Disappeared (2015) and Souls in the Twilight (2018) – should describe the plight of those suffering from the effects of decades of cultural leftism. The former is a highly topical story of a schoolgirl victim of an immigrant grooming-gang, the latter a collection of tender short-stories detailing the lives of pitiable young people seeking (in characteristically naïve fashion) to find a purpose in the postmodern world.

Nevertheless, in his final months, Scruton offered us a vision of his death as well-suited to his life as one could have hoped: a beautiful one. Primarily an aestheticist by training, Scruton frequently defended beauty as a transcendent category and as the goal of all art (vid. Why Beauty Matters, 2009, BBC documentary). Having forgiven his enemies, his final diary2 lays aside any anxiety over his reputation and focuses on those to whom he owes thanks: ‘Coming close to death you begin to know what life means, and what it means is gratitude.’

It is impossible to distil the life and achievements of this intellectual into a fitting eulogy, but let it suffice to say that it seems to me that Scruton has achieved at least some participation in that beautiful, triumphant death that is the highest calling of the European spiritual and artistic destiny. Even at the hour of his death, his reflection on the beauty of the world, his laying aside of grudges and embracing of family and thanksgiving reminds us of a certain peace that many of us dream of achieving in death, but which the fear of death too often denies to many. His relatively brief period of suffering suggests that little expiation was required by Providence for the remission of any sins, or ‘gentle regrets’, as he may have called them. Yet ultimately Scruton did not fear his death; he knew it was inevitable and he knew his duty when facing it. In an interview given many years ago, Scruton reflected on the philosophical concept of sub specie aeternitatis – our brief time on this earth, he remarked, ‘is [ours] and [ours] alone.’ Here is a man who, despite the spirit of his times, has made his life his own; though his opponents still exist now, even at his death rabidly chomping at the bit to announce all kinds of fake crimes over his coffin (racism, Islamophobia, homophobia, and so on), they will not participate in the legacy of Scruton. For those of us who remain, we can revisit Sir Roger’s library of over fifty published books in order to tap into the cultural, social, and philosophical wisdom which he distilled throughout his life. This legacy, and the memory of his deeds as well as his words, which in fact were recognized with far greater love and admiration abroad than in his home country, entitle Scruton to his place in eternity.

Leave a Reply to Mr Paul A Williams Cancel reply

To control our anxiety, we must learn to identify the risks and be prepared to face them.

Futurism – Revolt Against the Past and the Nation of Tomorrow, Part 2

The Enlightenment’s Ouroboros: Descartes as the Father of Ideology – Part 1

Before the Enlightenment could conquer men’s societies, it had to conquer their souls.