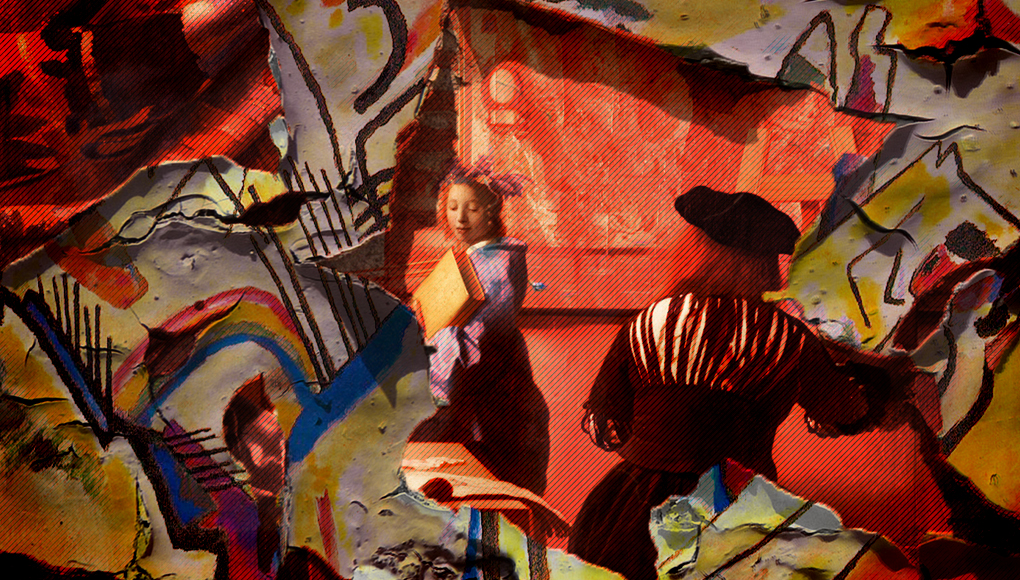 The authority of those who teach is often an obstacle to those who want to learn.

Brendan Heard is an artist, blogger, and author. The following essay is an excerpt from his new book, The Decline and Fall of Western Art, In which he severely critiques Modernist art as being not just worthless, but a great evil – one based on the redefinition of art itself by art criticism in the early 20th century, making the modern world inexplicably uglier than the former, with no one sure how or why, and further paving the way for other egalitarian and relativist falsehoods that are consuming us.

One of the most disastrous inroads the baby boomers made into Western societal foundations was the slow but totalitarian infiltration of education. It is now completely dumbed-down and restructured around leftist principles of self-destruction – and not just in terms of art. Hordes of post-Sixties revolutionaries went into education at all levels and to this day rule emotionally and without reason over a system that recontextualizes everything around the myth of equality. Art school itself is a chaotic whimsy suitable only for the most hardened masochist, or the flabbiest intellect.

Students who manage to believe the lies and embrace Modernist art theory can excel quickly in school, providing they stay within the deceitful confines of the abstract game. They busy themselves in the task of finding deeper and deeper gimmicks, more poignant social justice narratives to apply to their heaps of garbage and monochrome canvases. When fully trained, these art elites will exude a contempt for detail, exactitude, technical skill, objectivity, spirituality or anything that reminds them of Western cultural confidence. They will exemplify outdated Freudian reasoning for which everyone around them pays a brutal psychological price. They will be the Joycean anti-hero, willingly subversive against a permanent state of imposed ‘slavery’ that is nothing more than basic reality. Eventually they might accrue enough wisdom to admit the realities of life, a rare but not impossible event. Yet this will only occur after they have spent their youth damaging the world and attacking their own culture reflexively. And so their supposed education is not just worthless, it is actually so cataclysmically detrimental it requires years or decades to recover from, if such recovery is even possible.

Art exists chiefly for beauty, even if it is a tragic beauty, or a dark and brutal beauty – not for the sake of offensiveness, debasement, intentional absurdity or self-hatred.

Avant-garde is a popular art school term used to describe new and experimental ideas and methods in art, music, or literature. It is still peddled today in art schools as the very cutting-edge, though their black turtlenecks are getting worn and their ponytails are quite grey. And their experimental ideas, which were boring and predictable then, are suicidally mind-numbing now.

Avant-garde is but another aspect of Modernism, indistinguishable philosophically, that represents the vanguard of shock theory and flabbergasting.

The Wikipedia definition of avant-garde is as follows:

The avant-garde pushes the boundaries of what is accepted as the norm or the status quo, primarily in the cultural realm. The avant-garde is considered by some to be a hallmark of Modernism Many artists have aligned themselves with the avant-garde movement and still continue to do so, tracing a history from Dada through the Situationists to Postmodern artists. … The avantgarde also promotes radical social reforms. It was this meaning that was evoked by the Saint Simonian Olinde Rodrigues in his essay ‘L’artiste, le savant et l’industriel’ (‘The artist, the scientist and the industrialist’, 1825), which contains the first recorded use of ‘avant-garde’ in its now customary sense: there, Rodrigues calls on artists to ‘serve as [the people’s] avant-garde’, insisting that ‘the power of the arts is indeed the most immediate and fastest way’ to social, political and economic reform.

Indeed, to the avant-garde art is little more than perpetual leftist agitprop. The new purpose of overturning society as opposed to trying to uplift it has become the spearhead of the revolution of the non-creative, whose method of overturning civilization is to bore us to death. Art may seem a passing fancy, an impractical pastime in our late-stage world, but in reality it is the very vehicle of our progress, as its discarding is our undoing.

Modern art educators probably do not themselves understand that this is the heart of their schooling, that they are merely robots fulfilling their programming. Their opinions are so poor and so objectively wrong they are beyond contesting or engaging with. If asked, they will say the purpose of the avant-garde is to ‘make the viewer think’ – a facile and vapid statement that also defies refutation. No reason can permeate the bubble and they are lost on that hamster wheel. And so, no art will be created by them, nor by people they teach.

Modernists do not just rule upper-level art institutions, but all of art education from pre-school on. A child is not to be ‘limited’ by learning actual practical skills, and so learns nothing.

Burgeoning crops of actual artists get funnelled (increasingly) into corporate work as illustrators, animators, layout artists and graphic designers – none of which are thought of as serious careers in art and most of which are low-paid and unfulfilling. More often, these promising young people become tradesmen, which in the past was also synonymous with being an artist but is now streamlined to only utilitarian function. In all these cases, any remaining trace of art revolves around advertising; and in general, when entering the job market, it is best to be prepared to put your creative mind to rest.

With educational thought-control in place, modernist dogma successfully masquerades as the culture itself. Modernism is the establishment, perpetually pretending it is the revolution; within its framework anything is allowable except actual art. It is a blockage, sustained by education, wasting the potential of our youth, who pay for education expecting to learn real skills or find a real niche but who get only misdirection, absurdity and lies. When Modernists took over the institutions, they swiftly turned all major art education academies into abstract irony-factories. From there, they have moved to subvert other accepted truths – such as gender, for instance, currently being ridiculously redefined in education and confusing our kids even further.

Additionally, Modernism in education has gone unchallenged for so long (in elite echo chambers) that most people no longer understand what true creativity really is. People are trusting and believe what their teachers say, and so they hold that art is random expression rather than a serious study of cultural implications requiring style, structure and originality. Art exists chiefly for beauty, even if it is a tragic beauty, or a dark and brutal beauty – not for the sake of offensiveness, debasement, intentional absurdity or self-hatred.

It is austere and profound wisdom that make great painters and great sculptors; one lives all one’s life on this foundation and if it is lacking one will only be mediocre.
– J. L. Gérome