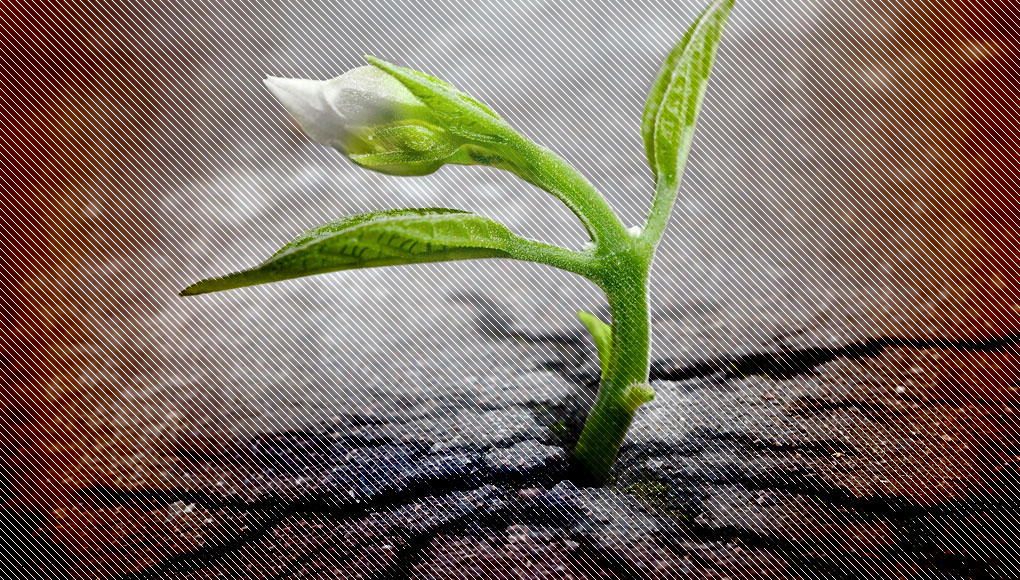 Metaphysics is the framework from which one’s self understands reality and one’s place within this reality. It is fundamentally a conscious reflection of one’s unified being, passed through the lens of one’s specific genetic and environmental legacy. A robust metaphysics, as a conscious self-reflecting and living organic infrastructure, enables one to more adequately perceive the exterior world, to find genuine meaning within such a world, and to maintain a vision for one’s trajectory into future history. This consciousness-inducing framework renders meaning and a sense of place to one’s self: where one’s self derives from and how one’s self fits within family, community, region, nation, and lastly the extant world. But this assumes that the questions of where metaphysics comes from and how it arises from this origin have already built-in answers. Unfortunately, in the modern world, this assumption has proven to be quite erroneous given the trajectory of modernity and her pernicious effects on European histories and cultures. Regrettably, through the erosion of our European culture and histories, a once robust and well-defended metaphysics has been lost. In the face of the awesome technical assaults modernity has made against traditional European metaphysics, those who turn their mind’s eye towards rebuilding a new metaphysics against the backdrop of modernity, men and women seeking to lead a metaphysical renaissance throughout Europe, must first investigate the cosmology of the general category of metaphysics as a term used to describe the phenomenon of how one comes to be conscious of one’s being and consequently how one evaluates the external world through the lens of his peculiar being. It is only through such an investigation, and with the knowledge gained thereby, that one may be secure in knowing where one is seeking to go, what one is seeking to build, and finally how best to defend it. It is the aim of this essay to launch such an investigation.

Defending the harmony of the individual and the community becomes a matter of primary importance for any self-reflective society with a robust metaphysics, even while it simultaneously seeks to wield this metaphysical force as a way to reach ever greater transcendent heights.

If we understand genetics to be the ‘soil’ with which the environment interacts, then it should not be a controversial claim to state that the fruit of this interaction is what we call ‘culture’. The cultures of our ancestors in Europe produced complex, and sometimes incoherent or irreconcilable, views of their place within the world and their peculiar environments in an effort to ‘make sense of it all’. The ‘all’ in this phrase is the individual as such, the individual as a member of a peculiar community, and the community as a peculiar thing within the world. The tensions of these three distinct concepts, in the right conditions unify within the self of the individual in a firm and stable world-view to produce a unique and colourful ‘culture’.

Notice, however, that were one to replace the word ‘culture’ with ‘metaphysics’ in this last sentence, its general sense would not be fundamentally altered. This is the first point to be made: as culture is more readily produced and refined within a given community or society, the metaphysical, being of this culture, is also simultaneously produced and refined. It is, however, only at a certain point within the development of this culture that those who are producing and refining it begin to turn their attention inward towards themselves. Beginning to use those faculties which previously produced and subsequently refined their culture as a unique totality of composite members, it is at this point that the metaphysics of this specific culture transcends its affinity and similarity with culture as such, and becomes something entirely its own. Once a society has reached the point where it reflects upon itself as a totality, and simultaneously accepts the image it sees in this reflection, that society may be said to have produced its first genuine metaphysical framework with which to view the world – but, more importantly, with which to view also itself.

Crucially, there must be no inner disharmony with respect to how individuals within the society reflect upon themselves as individuals and as members of their community on the one hand, and how they reflect on themselves as a community as a totality on the other. If disharmony does exist here, a rabble class of individuals begins to manifest itself and the concept of a class as an antagonistic entity begins to manifest as well. If, instead, the individuals find an inner and outer harmony between how they view themselves in relation to their community and their community in relation to the outside world, what has been famously described as a ‘spirit of the age’ arises. Assuming that there exists such a harmony as this, defending this harmony becomes a matter of primary importance for any self-reflective society with a robust metaphysics, even while it simultaneously seeks to wield this metaphysical force as a way to reach ever greater transcendent heights.

Culture is the answer to this issue of defence. Not only does a genuine production and refinement of culture begin to cultivate the seeds of a genuine metaphysics, but it is also the shield with which those possessing this spiritual monument and totem, this society, defends their spiritual well-being. But culture is also the mechanism with which this spiritual well-being may also be destroyed. Thus, we see that culture is that key component from which a society springs forth into the world and falls back into the soil, returning to its origins. Culture is the shield by which we defend our unique way of life, but it can also be the sword that severs our own throats – even if the hand which holds it is forced by another. Especially if our hand is forced by another. Here arises the second point: in the desire to establish a future metaphysics which nurtures our spiritual well-being, our attention ought to be on the production of a new future-culture which will facilitate the eventual production of this desired future-metaphysics.

No amount of appeals to institutional and legal systems, since they have thus far been responsible for producing this anti-culture, will allow any new genuine cultures to spring forth; for they consider all such cultures as potentially hostile to their own reign and hegemonic anti-cultural regime.

Certain truths about the anti-culture we live in today – which we call modernity – should lay bare the fact that no amount of appeals to institutional and legal systems, since they have thus far been responsible for producing this anti-culture, will allow any new genuine cultures to spring forth; for they consider all such cultures as potentially hostile to their own reign and hegemonic anti-cultural regime. Thus, appeals to this anti-cultural Leviathan only serve to alert the Leviathan itself that new movements are afoot which will eventually seek the overthrow of the anti-cultural regime, and does so before these movements are of sufficient physical, mental, and spiritual health to resist the volleys of attacks that will inevitably be carried out against them. The psychology of the right-dissident in modernity also reveals that the tactics of mass appeal – tactics uniquely suited to and utilized by the left-leaning agents of modernity – are insufficient and will eventually produce their own kind of spiritual exhaustion within the right-dissident, while simultaneously creating the conditions in which any movement to utilize these tactics can predictably be said to walk the path of eventual failure. Instead, what is required of the right-dissident is a Jüngerian psychology of the Anarch fused with an Evola-esque heroic attitude by which right-dissidents may freely move within the confines of the anti-culture of the Leviathan, unaffected both mentally and physically. Simultaneously, these agents of the right-dissident movement must also be on the lookout for prospective initiates into their desired new culture. Men of this quality will simultaneously exist above the spiritual and physical decadence of modern anti-culture while also existing organizationally beneath it.

It is important to maintain that this new order of men and women will not exist in this state in perpetuity. Men and women such as these should have the qualities and characteristics which seek to lead, command, and care for the mass of people who have been characterized – understandably – in a rather vulgar manner. It is not the purpose of this new elite to live in the shadows forever. Nor should it be their desire to wash their hands of those with whom they share common kinship and ethnic bonds, for the simple fact that these latter are still unaware, and still under the sway, of the unhealthy effects of modern anti-culture. Thus, in taking the first step towards rebuilding a new metaphysics through a revitalizing of a new culture, these future men and women as over-goers and under-livers have sowed the seeds necessary for the beginnings of a new culture. This through the very act of becoming the Anarch and the Mountain Climber, while also seeking out their fellow future kinship-elites.

The culture which these men and women create must give vitality to the feeling of transcendent being and ways of living which produce transcendent values. However, these values ought not be susceptible to evolving into those Kantian noumenal values whose inner nature exists on an unknowable and untouchable plane. These values should transcend the mere material and mechanical and necessitate a desire for such a state of being. Values such as these would not wholeheartedly reject the material and mechanical; rather they would make the material and mechanical subordinate to the immaterial and natural. This culture should praise strength – artistic, mental, and physical – and a desire to overcome one’s flaws, instead of inverting one’s flaws into virtues. The objectivity of beauty and a recognition that beauty as a remedy for the terrible valueless state of our external world would be a primary driving force in the culture these men and women create. The recognition that certain soils produce better conditions for the cultivation of beauty, and through these soils, too, better conditions for cultures to manifest themselves more readily, would also be a guiding light of this future culture. Preservation of these soils, and the embrace of values which cannot be turned against culture (via the corruption of culture into an anti-culture) would also form a foundational pillar of this future society. Ambassadors of this society in the future would be only those men who have proven themselves to be the utmost defenders of their society through the love and commitment they have demonstrated for their society as such. Along with this, recognition would be required that as certain conditions change it is necessary for the culture to change, in order to keep the true nature of the external world within full view of their metaphysics; moreover, those responsible for conducting this change would have to be the aforementioned ambassadors. For it cannot be stated that those who venture out into the world to see and seek new and other cultures could ever return without the desire to replace and subvert their own, supposing they have any seed of hatred or disharmony in their hearts for their own culture to begin with.

What is the Deep Right?

The collapse of the contemporary right opens the way to new perspectives.

In a day which has totally undermined the conditions for culture, where can we look for their regeneration?