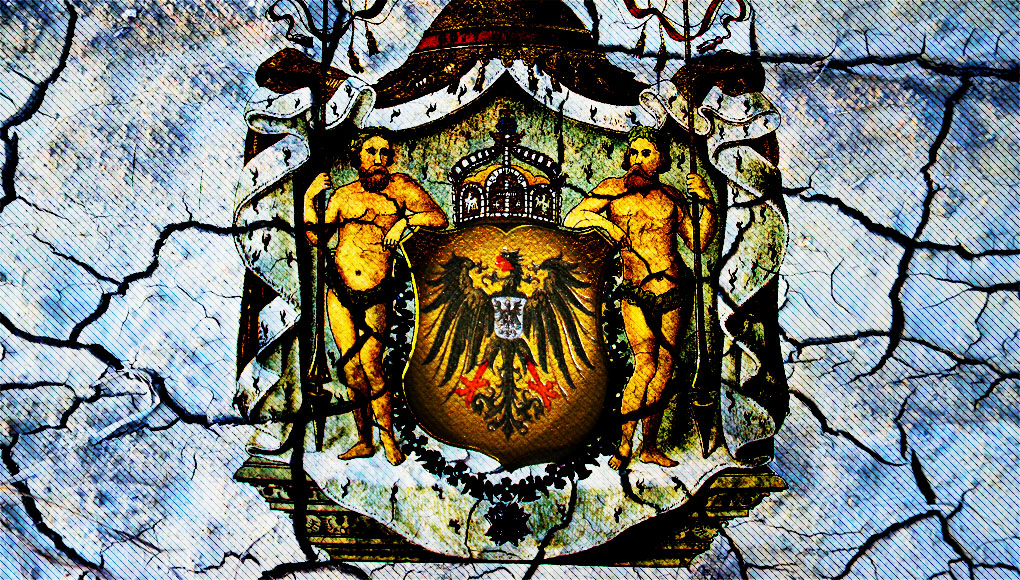 Julius Evola
Series: The Meaning of Aristocracy for the Anti-Bourgeois Front

In Tradition, the meaning of ‘aristocracy’ has always had little to do with the modern notion.

This is part two of a three-part essay. The final part will be published this week.

At this point, it can be seen that with our last considerations we have only apparently left behind our initial subject — which is to say, the problem of the significance of aristocracy. Indeed, it is evident that one cannot contemplate a new Traditional and organic articulation of the State without setting before oneself the problem of persons, in a still higher sense than that implied by the conventional term, or by the nineteenth-century tastes of the ‘political ruling class’. And this idea grows clearer yet if only one bears in mind that we are not speaking only of ‘political’ functions and activities which are more or less connected to the administrative or legislative body of the State. We are rather speaking of the problem of a personal form of authority, which issues from the man rather than his office: we are speaking of a prestige and an example which, being common to a given class, needs must form an atmosphere, crystallize a higher style of life, and thus effectively give the ‘tone’ to a new society. We are speaking almost of an Order, not in the religious sense, but in the ascetic-warrior sense, and naturally with reference to what this might represent in the world, as in the Ghibelline Middle Ages. Indeed, we have in mind even the most ancient Aryan and Indo-Aryan societies, in which it is known that the elite was not in any way materially organized, nor drew its authority from representing any given tangible power, but still solidly maintained its rank and gave the tone to the corresponding society.

We are speaking of the problem of a personal form of authority, which issues from the man rather than his office: we are speaking of a prestige and an example which effectively give the ‘tone’ to a new society.

Now, it seems clear enough that it is precisely in these terms that any ‘aristocracy’ must be conceived, which is invoked against the ‘bourgeois’ type of society and civilization. This concerns neither an ‘aristocracy of thought’, nor the velleities of the ‘intellectuals’, nor the little popular ‘tribunals’, such as are aimed at manipulating and enthralling the masses with expedients dictated by the moment: we are speaking rather of an ‘aristocracy’ which undeniably has many traits in common with the gentile nobility, with the traditional patriciate, and, we almost want to say, with the ancient feudal and warrior-sacral aristocracy of Aryan societies. In this way a new problem emerges: that of examining the valid elements of ‘style’ within this higher aristocracy, as well as determining how to evaluate those who, according to their heraldry, are ‘nobles’ — for the nobility yet exists in Italy, and indeed fascism has concerned itself with protecting and controlling its titles, and raising new persons to its dignity.

Traditionally, two things above all stand out in the nobility: the value recognized to blood and the subordination of the person to a given lineage and origin. Individualistically or ‘humanistically’, the single human being has no value here; he is worth something in relation to his blood, to his origins and to his family, whose name, honour and faith he must exalt. In the same way, relevance is given to his heredity and to his origin, to the point of excluding any contaminating intermixing. The relations of this attitude to racism are starkly evident.

Traditionally, two things above all stand out in the nobility: the value recognized to blood and the subordination of the person to a given lineage and origin.

For thousands of years racism has been active in the gentile nobility of every people, and even in its highest form, insofar as it has maintained its adherence to the idea of tradition and avoided materializing in the form of a kind of zoology. Before the concept of race was generalized, as it has been in current times, having race was always synonymous with aristocracy. The qualities of race always signified the qualities of the elite, and referred not to gifts of genius, of culture or of intellect, but essentially to character and to style of life. They stood in opposition to the quality of the common man because they appeared, to a large degree, innate: either one has the qualities of race or one does not have them. They cannot be created, built, improvised or learned. The aristocrat, in this regard, is the precise contrary of the parvenu, the late-comer, the ‘self-made man’, who has become that which he was not. To the bourgeois ideal of ‘culture’ and of ‘progress’ is opposed the aristocratic ideal, which is conservative of tradition and of blood. This is a fundamental point, and is the single true overcoming of all bourgeois and Protestant surrogates for aristocracy.

From the point of view of patrician racism, not only physical qualities but also spiritual elements are transmitted hereditarily — a special moral sensibility, a vision of life, an instinctive faculty of discrimination. All of this is of fundamental importance for new tasks, as well. Here we are speaking of specific gifts which, in the last analysis, derive from superbiological factors of character, factors which are fatally dispersed in the masses. A typical aristocratic trait is the faculty of reacting from out of spiritual motivations, and doing so in as instinctive, direct and organic a way as the common man is capable of doing only with regard to that which closely touches upon his animal or passional life. Moreover — and this is important — in authentic aristocracy the meaning of ‘spirituality’ has always had little to do with the modern notion: there is the sense here of sovereignty, there is contempt for profane things, common things, things up for sale — things such as are born from ability, ingenuity, erudition and even genius — a contempt which is not so distant to that professed by the ascetic himself.

Indeed, we are tempted to express the secret of true noble gifts in this formula: a superiority with respect to a life which has become natural, a life of pedigree. This superiority, which has about it something of the ascetic, does not create antitheses within the very being of the aristocratic type; as a second nature, it stands above the inferior human part of his being and calmly permeates it; it translates into imperious dignity, strength, a ‘line’, a calm and controlled bearing of soul, of word, of gesture. It gives place to a higher human type. By guiding the present theory of race to its logical consequences; by completing it with the consideration of those virile and ascetic values, which play so large a role in fascism; by recognizing the fundamental inequality of beings, which is not restricted to the races, but concerns also individuals of one and the same race; by confronting therefore the selective and protective tasks that derive therefrom — by doing all of this, one cannot help but be led back, sooner or later, to this human ideal of the aristocratic tradition. But here the great problem poses itself, of the paths and the basis for practical realization in these matters.