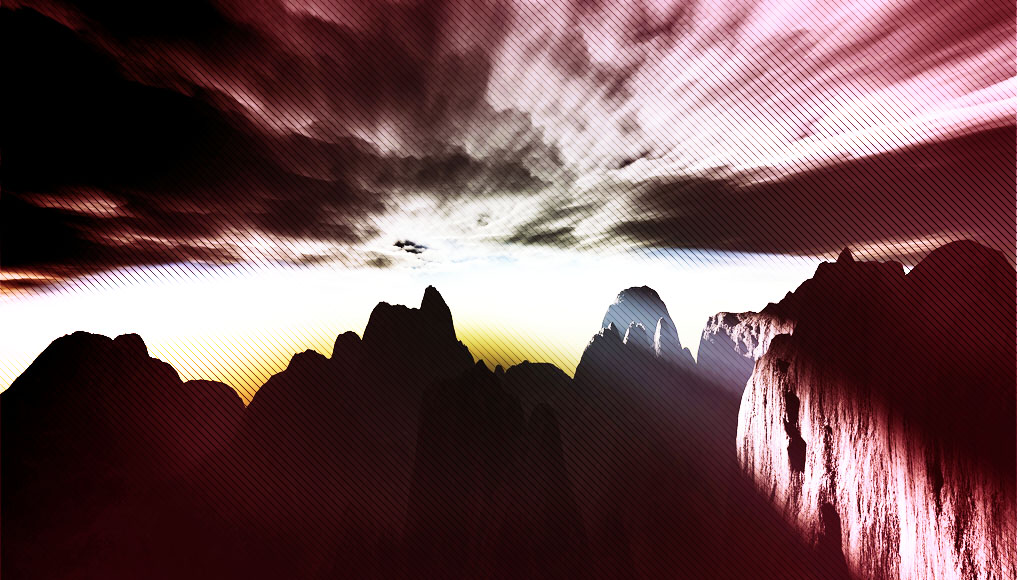 From a Traditionalist perspective the impending ‘age of consequences’ simply represents the historical final settlement of Western Modernity.

The following text has been excerpted from Chapter 1 of Alba Rosa by Alexander Wolfheze (Arktos, 2019). The Dutch version of this book is now available for purchase.

[Many years I have fought for light and sun — unfortunately to no avail.]

Now that the Second World War is disappearing behind the event horizon of living memory, a new generation is facing the formidable challenge of deconstructing the mythological discourse of the old generation and reconstructing the censored facts. After the death of the war generation and the end of the victors’ discourse, the young people of the West are confronted with an apparently impossible dilemma. On the one hand, they instinctively recognize the need to respect the sacrifices that their ancestors made for their peoples. On the other hand, they rationally recognize that the net result of these sacrifices has created a world that is now past its expiry date in every respect: not only materially (economically, ecologically), but also immaterially (socio-culturally, psychologically). The young generation, heirs to globalization and eurocracy, lacks not only a protected national home, but also a protective international order. The apparent impossibility of a realistic alternative is the most important reason for the persistence of the increasingly unbearable Brave New Baby Boomer World. But a cleansing of the Augean stables of Western ideology can no longer be postponed: the ideological and political delusions of the past seven decades must now end. A cleansing of the Cultural Nihilist legacy of the baby boomers will result in a political-philosophical tabula rasa on which a new generation can write new solutions for the formidable problems it is facing. The realpolitik combination of national identity and international reality, ideologically and politically sabotaged by the baby boomer hostile elite, must have the highest priority. The survival of the Western peoples during the approaching ‘world state of emergency’ depends on their ability to unify in the face of shared challenges and shared enemies.

On the one hand, young Western people are forced to re-invent their own ethnic, social, cultural and historical identities. The formation of a politically nationalist and socially conservative génération identitaire is a basic survival strategy in the poisonous aftermath of the fifty-years-long Cultural Nihilist ‘harrowing of hell’. Above all, a reconsideration of authentic identity requires an exact inventory of the pathogenic legacy of the baby boomers. The toppling of the power structures of Cultural Nihilism — the neo-liberal regime of high finance, the hyper-democratic dictatorship of the consumer proletariat and the anti-nationalist tyranny of the New World Order (UN, IMF, NATO, EU) — requires the deconstruction of its founding discourse. The effective elimination of these outer structures is a sine qua non for the survival of the Western peoples and for the survival of all authentic forms of identity everywhere, but this elimination can only take place after an inner transformation.

On the other hand, young Western people are forced to find realistic alternative answers for the great international questions of the day. First, there is the irreversible heritage of a historically unprecedented interconnection between all peoples of the world: the precarious geopolitical balance between the nuclear states, the vulnerable machinery of economic globalization and the delicate 24/7 information culture of the World Wide Web; these are its most sensitive elements. Added to these questions are the threats posed by escalating global climate change, technological transhumanism, ethnic replacement and social implosion. The risks inherent in these converging processes and their complex interaction demand a high degree of supranational consciousness as well as a realistic practice of international Realpolitik. Young Western people cannot afford the luxury of regressive experiments with outdated ideologies (libertarianism, communism, fascism) and unrealistic ideals (national autarky, mono-ethnic purism, social paleoconservatism). That does not mean that everything within these ideologies and ideals must be rejected out of hand because they are too extreme by the standards of contemporary political correctness; it merely means that they are not extreme enough as remedies for the approaching world crisis. The realities of the approaching world crisis are such that they require an entirely new worldview, a worldview that sublimates and surmounts all preceding ideologies and deals. This new worldview — a new metapolitical discourse — can incorporate useful elements from preceding ideologies and realistic practices from preceding ideals, but what is truly required of the resulting synthesis is synergic value.

An effective solution to this dilemma — the combination of recovered national identities with a new international power balance — and a fundamental acceptance of a new metapolitical discourse are only possible after a correct assessment of the depth and urgency of the impending world crisis. The threats presently facing the Western peoples, separately and collectively, must be recognized for what they truly are: existential and direct. There is no longer any choice and there is no longer any time. Four specific threats are about to converge in a Hellstorm 2.0 of apocalyptic proportions: global climate change, technological transhumanism, ethnic replacement and social implosion. Western mankind is facing the ultimate test of Western history without any protection. Without historical identity and communal solidarity, it is retreating from biological reproduction and cultural transmission: the results are fatal demographic collapse and self-hating cultural relativism. Without social and personal identity, it is withdrawing from civic duty and work ethics: the results are hyper-individualist ‘disaster capitalism’ and unrestrained hedonist materialism. Without sovereign states and ethnic solidarity, it is retreating from military duty and political responsibility: the results are ‘open borders’ and barbarian invasions. Without religion and a natural sense of justice, it is retreating from divine and human law: the results are collective narcissism and social implosion.

From a Traditionalist perspective the impending ‘age of consequences’ simply represents the historical final settlement of Western Modernity: Western humankind is approaching the terminal stage of a decades-long degenerative process. Escalating global climate change follows from de-naturalization and materialist hedonism. Escalating ethnic replacement follows from an exclusively materialist focus and a feminine anima. Escalating social chaos follows from matriarchal hyper-democracy and collective narcissism. The only way that the Western peoples can survive the existential threats of Hellstorm 2.0 is through a total mobilization of all disposable material and human resources, but these can only be effectively applied after a precise analysis of these threats. In Hellstorm 2.0 the four elements of global climate change, technological transhumanism, ethnic replacement and social implosion are intricately linked in a dynamic mechanism of bio-cultural feedback loops, much like a tropical cyclone is made up of the combined elements of hurricane wind, cloudburst and storm surge. A realistic approach to Hellstorm 2.0 demands a thorough study of this dynamic mechanism as well as a careful calibration of policy responses. Traditionalist thought can contribute to the study of the anticipated trajectory of Hellstorm 2.0 and the preparation of appropriate countermeasures. In the same manner in which a thorough meteorological analysis and an effective disaster plan can assist in coping with a superstorm, a Traditionalist analysis can assist in coping with Hellstorm 2.0.

Every authentically Traditionalist perspective is based on transcendental reference, giving it metapolitical validity. The supra-ideological transparency and the meta-historical deep perspective that Traditionalism offers can contribute to a collective, all-Western preparation for Hellstorm 2.0 — and to the defusing of those recent rivalries and those present conflicts of interest that prevent collective measures of self-defence against the greater threats of Hellstorm 2.0. A Traditionalist perspective teaches that the existential threats of climate change, transhumanism, ethnomorphosis and social atavism are the logical end results of the dynamic cultural-historical mechanism of Modernity, effectuated through the bio-cultural feedback loops of materialist-technological, socio-economic and epi-genetic adaptation. It should be noted that Traditionalism explicitly rejects exclusively materialist notions of evolutionism and determinism: this is why Traditionalism never defines authentic identities — ethnicity, caste, gender — in exclusively biological-physical terms (compare Evola’s holistic definitions of ethnicity and gender). In the final analysis, Traditionalism assumes these identities as spiritual-mental and biological-physical conditions in equal measure — this is why the expression bio-cultural feedback loops is used here. At a sub-intellectual level, the feedback loops of Modernity are reflected in the socio-cultural processes of hyper-individual ‘freedom’, hyper-democratic ‘equality’ and hyper-materialist ‘progress’. At an intellectual level they are reflected in the political-philosophical discourse of the ‘Enlightenment’: nihilist secularism, historical materialism and culture relativism. All conventional models of contemporary politics — above all the dominant neo-liberal model — are fully embedded in this Enlightenment discourse, and thus within the immanently referential worldview of Modernity. To think that politically correct contemporary ideologies can offer structural solutions to the catastrophes that follow from Modernity is logically absurd. An effective struggle against the plagues of Modernity is only possible after the deconstruction of the intellectual modalities imposed by Modernity. Traditionalism offers a transcendentally referential worldview that is larger than Modernity and that allows its catastrophes — its symptoms — to become rationally treatable.

Traditionalist hermeneutics allow renewed access to the meta-historical meaning of the approaching world crisis: it renders it again rationally accessible to modern humankind.

Rational analysis and rational action, however, are only possible on the basis of authentic instinct and authentic intuition. An accurate assessment of the true depths of the approaching world crisis is therefore only possible on the basis of an accurate understanding of the meaning of Hellstorm 2.0. In this regard, Traditionalism is of inestimable value, because it is fully geared for the distillation of meta-historical meaning from historical phenomena. From a Traditionalist perspective meta-historical meaning follows directly from the degree to which macro-cosmic transcendental ideals are, or are not, reflected in micro-cosmic immanent reality. Traditionalism offers instruments with which to measure the discrepancy between these two. The instruments of Traditionalism set standard values in all spheres of human thought and action: in religion, politics, economics, social relations, culture and art. Traditionalism proceeds from the absolute polarities governing the human condition, symbolically expressed in binary identity oppositions: light-dark, heaven-earth, spirit-matter, soul-body, male-female. This implies that meta-historical meaning is embedded in a dual reality of (sub-human) biological evolution and devolution and (super-human) metaphysical ascent and descent. The contemporary hermeneutic value of Traditionalism rests on its ability to (partially) restore the human capacities for experience and knowledge, capacities which have been severely degraded by Modernity. By rephrasing universal polarities and binary oppositions in modern scientific terms and by projecting these terms onto the historic trajectory of modern ‘progress’ Traditionalist hermeneutics can dislodge the entire Modern epistème. Thus, Traditionalist hermeneutics allow renewed access to the meta-historical meaning of the approaching world crisis: it renders it again rationally accessible to modern humankind — at least in part. This meaning is inevitably lacking in the historical materialist categories of the Modern epistème because it resides mostly above the exclusively rationalist and utilitarian categories of Enlightenment thought. It is the task of critical thinkers to extend and supplement these categories. Classical Traditionalist concepts in this direction are René Guénon’s crise du monde moderne, Carl Schmitt’s Ausnahmezustand and Julius Evola’s regressione delle caste. Recent alternative concepts are Peter Sloterdijk’s anti-genealogische Experiment der Moderne, Guillaume Faye’s archéofuturisme and Jason Jorjani’s world state of emergency.

Islamophobia is not intrinsic to the Right, and it is only in recent decades that the Right has been subverted and redirected into opposition to Muslims and Arabs.

Right-Wing Love for Israel and the Anti-Zionist Left

In a day which has totally undermined the conditions for culture, where can we look for their regeneration?