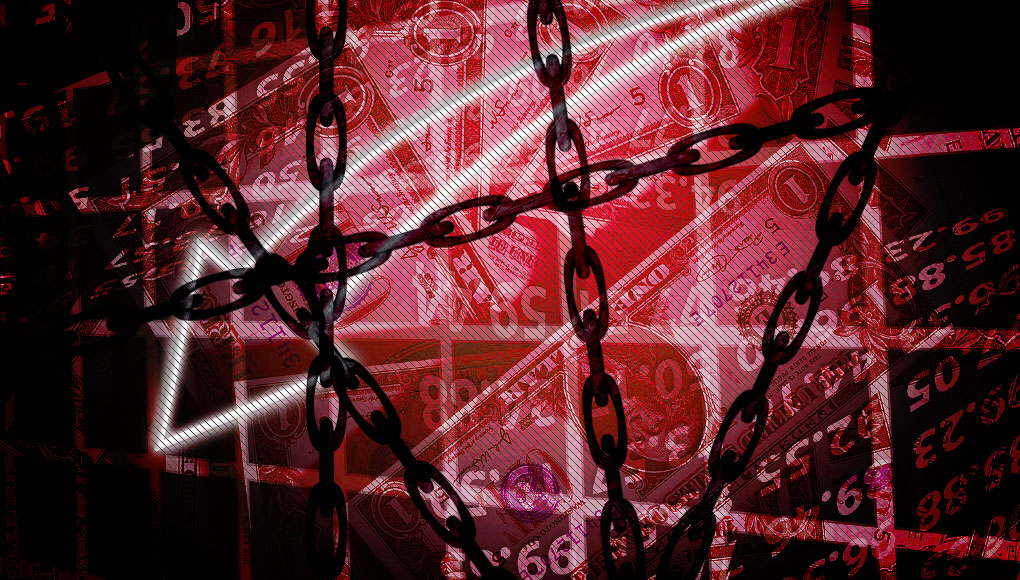 While liberalism and Marxism seem on the surface to be enemies, they are at root manifestations of the same force of decay.

More work by Richard Heathen can be found at https://www.libertymachinenews.com/.

In the modern world, the term Fascism is much maligned. It is used as a catch-all term for anything perceived as ‘oppressive’ (according to the standards of of our modern sensibilities), and often as a synonym for totalitarianism, itself a myth of the post-World-War-II global order (we will return to the myth of totalitarianism later). However Fascism is best understood as a different way of being as compared to the dominant ideologies today, complete with its own system of ethics, vision of life, view of the world. It rejects both liberalism (along with its ideological variants, which include but are not limited to libertarianism, neoliberalism, classical liberalism, anarcho-capitalism, etc.) and Marxism.

Fascism is best understood as a different way of being as compared to the dominant ideologies today, complete with its own system of ethics, vision of life, view of the world.

The liberal view of the world is that of a global marketplace, with each individual unbound from all external duties and obligations. It is a vision of life that seeks the liberation of the individual from all outer fetters through the pursuit of resources and sensual pleasure for its own sake. It sees the warrior ethos of duty and authority as anachronistic at best, and at worst, as a dangerous and brutal philosophy that desires to oppress those free individuals who seek their own rational self interest – which, it is believed for some reason, will lead to a better world where material comforts will be available to all. Liberalism opposes aristocracy, class, monarchy – anything traditional which might stymie the individual – and it does so no matter how long the tradition, or how well it has served.

This view sees freedom in a purely negative and externalized way. Its purveyors care not how this so-called liberty is to be used, only that a man may have it. This ideology is connected to a specific way of life – the lifestyle, ethics, and all around vision of life of the merchant, of the bourgeoisie. Thus liberalism represents a specific way of life, for a very specific type of man, with a very specific nature.

Liberal thinkers assure us that we can be happy with mere material abundance, that there is no greater meaning or mission of life than acquisition, nor should their be. We should be focusing on working for some soulless corporation eighty hours a week in order to hoard enough capital that we can maximize our consumption. Instead of being decisive actors in history, we should just engage in commerce.

They believe that ‘rational self-interest’ guides the choices of men: if a man is given two choices, he will naturally choose the one that is the most economically advantageous. They believe that, through economic cooperation, people can always construct win/win scenarios, whereby working together through negotiation, men will always come to an understanding and be better off than they would be if they were to come into conflict.

The problem with this worldview is that it focuses solely on the economic and material; it thus denies the existence of zero-sum games, situations in which there can be no win/win, and where economics is not a factor. For example religious wars: the conflict between Israel and the Palestinians is a zero-sum game, because both sides have a mutually exclusive claim on a territory, and both insist upon their rights for historical and religious reasons.

Liberalism also licenses all manner of self-destructive and anti-civilizational behaviour. Under the banner of ‘individual freedom’, liberals advocate the allowance of behaviour producing negative externalities, many of which are disastrous when the costs are imposed on society on a mass scale by millions of people, whether in the form of drug use, high rates of single motherhood, broad employment of foreign labour or any of the other anti-social behaviours produced by this attitude.

This vision of freedom is cold, and extremely cynical. How exactly does one define such a ‘freedom’ or ‘liberty’? Certainly, one might call a heroin addict ‘free’, if he is allowed to pursue his base instincts and engage in his heroin addiction without any outside coercion. As long as he is not hurting anyone else, and can fund his habit himself, what right does anyone have to get involved and tell him how to live his life? According to liberalism this man is a free individual, able to make his own choices, even if they are manifestly bad ones. But is he truly free? Or is he merely subject to a more insidious form of slavery? Is violent intervention really such an injustice in cases like this?

A Fascist view of freedom or liberty is much different. By a Fascist view, freedom is self-mastery. It is the ability to act with agency, forcing oneself to do things that are hard, and that in many cases one does not want to do, but to do so without the inner resistance so common to people in the modern world. But most importantly, freedom is the ability to manifest one’s will in the world. For the Fascist, discipline is freedom. Strength is freedom. Intelligence and truth are freedom. Therefore, a polity that creates the optimum environment for self-actualization through discipline and through educating men to face trying ordeals is the most free.

This is completely at odds with the ‘live and let live’ idea of freedom expressed in bourgeois societies.

The liberal bourgeois vision of life has been dominant since the end of the Second World War, especially since the end of the Cold war, and if we look around us we see a world in decay. Despite ever-growing technology to connect us, people have become more disconnected from each other, ever more alienated in a world of consumerism and hyper-individualism.

Our experiences are increasingly shifting from the real world to cyberspace, where our experiences are virtual. We live our lives vicariously, as disconnected and isolated nodes on vast electronic networks in an unchartable digital space, floating in a false yet personalized reality, custom-made to our biases and preferences. Here we find the product of liberalism taken to its nth degree. This is the logical and inevitable conclusion of a world where bourgeois morality reigns supreme. And this disconnect with the real world will continue at an indefinite acceleration as we speed towards the transhumanist dream, moving ever further from both our humanity and any conception of an organic meaning of life.

International finance and the corporate world embrace and promote the neo-Marxist ideology of the neo-proletariate.

Then we have Marxism, which represents the morality of the faceless mass. The moral code of Marxism is represented by the greatest good for the greatest number. The Marxist vision of life seeks to level all hierarchies. Where liberalism destroyed monarchies and aristocracies in favour of plutocracy veiled as democracy, appealing to universal suffrage and the rights of the individual man to perform its destructive work, Marxism takes the levelling instincts of liberalism to their logical conclusion. Marxism, also called ‘collectivism’, demands absolute egalitarianism in every aspect of life. Bringing everyone down to the level of the lowest common denominator. This is the instinct of the proletariat, the mob, the peasant or the slave. But we are speaking of the most savage of the social classes. One has only to look at the history of slave rebellions to ascertain as much. Whether it be the Reign of Terror and the September Massacre during the French Revolution or the Red Terror of the Bolshevik Revolution, the slave revolt in Haiti or the Cultural Revolution in China, slave revolts have always proved the most vicious and bloody of any kind of uprising, as they represents the unleashing of the most primal appetites by the most savage elements of society.

In the early twentieth century, the urban industrial worker represented this class, along with the moral perspective and vision of life that goes along with his special social role. However, after the Cold War, when capitalism prevailed over communism as the ruling ideology of modernity, class consciousness gave way to consumerism, and the workers ceased to be the agents of revolution; thus the forces of global subversion had to find a new agent for revolution, a neo-proletariat. Leftist ideologues had discovered that, when it came down to it, the working classes of Western Civilization would rally to the defence of their nations, remaining true to their organic roots of blood and soil, and that very few would take up arms in the cause of global revolution.

When the call came, the worker, whom Marx declared to have no Fatherland, identified himself with country, not class. He turned out to be a member of the national family like anyone else. The force of his antagonism which was supposed to topple capitalism found a better target in the foreigner. The working class went to war willingly, even eagerly, like the middle class, like the upper class…1

It was out of this discovery that a new proletariat was found in women, racial minorities, homosexuals, transsexuals, etc. So the leftist agents of global subversion began peddling degeneracy, depravity and masochism to lift up and to venerate what had once been reviled.

Today we see these two forces joining together openly now that their mission of destruction is almost complete. International finance and the corporate world embrace and promote the neo-Marxist ideology of the neo-proletariate. They stand ‘in solidarity’ with the sexual degenerate, who would have rightfully been ostracized in a healthier and more vital age. The official transmissions of the system glorify sickness and weakness. As in a dystopian novel, they condemn and revile any and all healthy impulses, and instead demand that we all become as morally bankrupt, sickly, weak, and mad as their pets, whom they use to consolidate power.

Liberal capitalism and global collectivism are working hand in hand: this represents the domination of the world by the merchant and slave classes.

The solution then is a revolt of the warrior class.