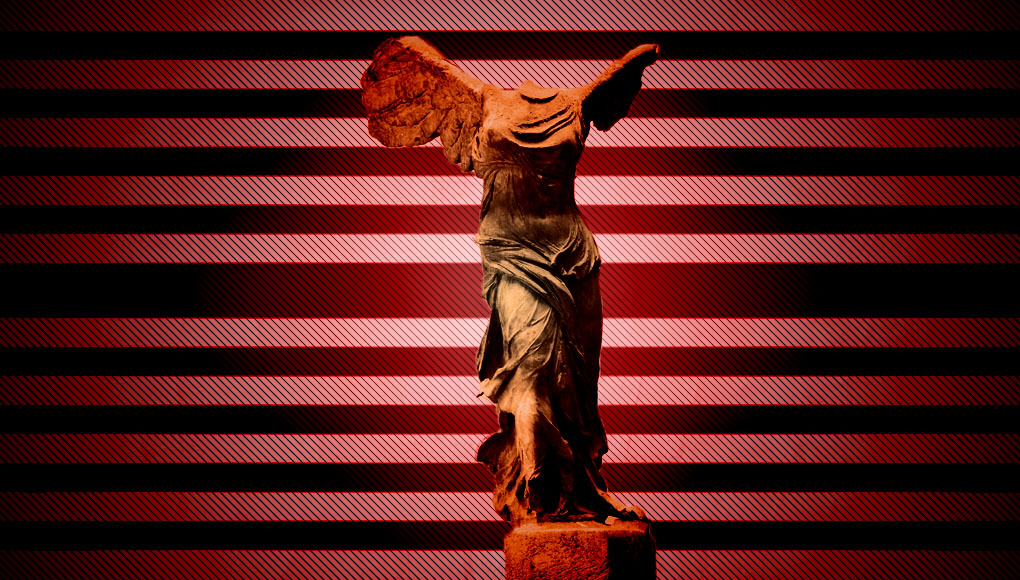 Some brief reminiscences on coming to consciousness.

My pen name is Johannes Scharf. More than half of my life have I been writing about race, culture, and religion, mostly in German. Why is it that I devote so much of my time to this particular cause? When I visited the Louvre in Paris last year in December after protesting with the gilets jaunes, I had tears in my eyes upon leaving the museum. What I had seen was a gigantic treasure vault of European art watched over by drowsy black guards who apparently had no appreciation for either the aesthetics or the subjects of the paintings and sculptures. Good heavens, I believe one was even picking his nose! But why would they be interested? It is not their history after all. What was so overwhelming and, in fact, depressing was that I realized that all this fine art will probably be left to rot the very moment white Frenchmen will have ceased to be a majority in their native land. The artists who created these paintings were old white men, so why bother preserving their works of art?

My first book, Sein oder Nichtsein (To Be or Not To Be), was banned in Germany a few years ago despite there being nothing in it that would have proved punishable even under the strict German law. I lost many friends and acquaintances as well as two jobs in the wake of my activism. I have sometimes wondered whether it was really worth all that trouble. I have sometimes felt tempted to simply shut up and blend in. But then I recalled George Orwell’s Winston Smith insisting on two plus two equalling four. In this brief essay I will reflect on how and when I reached the conclusion that two plus two indeed equalled four, and that race was real.

I have sometimes felt tempted to simply shut up and blend in. But then I recalled George Orwell’s Winston Smith insisting on two plus two equalling four.

I came to realize that I was somewhat of a dissident at the age of thirteen and started becoming politically active about two years later. Now, looking back at the age of thirty-one, I believe I know for certain which events in my childhood shaped my understanding of race. Long before noticing that I was in fact a heretic, I had developed a racial awareness. For example, I remember asking a black man, Bist du ein Afrikaner? (‘Are you an African?’) when I was only a few years old – much to the embarrassment of my mother. Born in Richmond, Virginia, I moved with my parents to Southern Germany, where my father is from, when I was one year old. I grew up in a small town close to the Swiss border and only a mile away from Lake Constance. My parents were the ministers of the Protestant church and I felt very much at home in this neat little town. In kindergarten, I remember there being two Turks, Alican and Selçuk, with whom I got along just fine. I knew that they were not exactly like me, but I also felt that they did not pose a threat to me and to all the other boys who looked and talked like me. A few years later, in third grade, my class received two black kids who happened to be twins. As in kindergarten, I had no negative feelings toward the black twins at all. Quite to the contrary; we became friends and we visited each other several times. However, I did notice that they smelled very different from anyone I had known thus far. I discussed this observation with my mother who, again, seemed very uncomfortable with the topic.

Before this encounter with the other I had been in foreign countries with my parents and my siblings multiple times. We had visited England, Scotland, Sweden, Switzerland, Austria as well as the United States, and on each and every one of these occasions I had felt a strong kinship with the people living in these foreign lands. They did not seem that foreign to me at all. And when a Swedish boy joined my class in seventh and eighth grade, nobody really counted him as a foreigner – just as I myself was not seen as a foreigner despite my mother being American of only partial German but rather predominantly British descent. The first time that I felt utterly alien in a foreign country was when I visited Israel with my father and my sister around my thirteenth birthday. It was, of course, exciting to be in such an environment – especially since it was the beginning of the Second Intifada – but I did see my dad get short-changed by Palestinian mongers twice. They looked him straight in the eye and lied to his face. I felt that this would probably not happen in Sweden or Scotland. I ascribed this sort of behaviour to the Arab mentality.

After these summer holidays in Israel, we moved to the city of Pforzheim. It was there that I fully embraced the dissident worldview. Pforzheim, about 50 percent ethnically German at the time, was so radically different from the small towns and villages I had lived in before that I had a hard time wrapping my head around the fact that this was supposed to be a German city. Some of its neighbourhoods reminded me of Palestine more strongly than of the Germany I had known. Only one third or so of my classmates appeared to be ethnically German, and some of these exotic last names I associated with Eastern Europe. In this new environment I rapidly – perhaps even instantaneously – developed a strong Germanic consciousness that still excluded Eastern Europe and Southern Europe. It was my love of Greek and Roman antiquity and the Renaissance as well as the fact that Eastern Europeans and Southern Europeans were occasionally targeted by Turks and Arabs, who simply saw them as whites, that led to my developing of a white consciousness.

This white consciousness was reinforced when I worked on a container vessel as an engine cadet from 2011 to 2012 and traveled to countries like Jordan, Djibouti, India, the Ivory Coast and Nigeria. I saw many places no tourist would ever have the chance to visit. And I saw a lot of filth and garbage – particularly in India and Africa. When, upon completing basic training at Fort Benning, Georgia, a year and a half later, I strolled through the black boroughs of Atlanta, I realized yet another thing: West Africa exists everywhere where the majority of people descend from West Africa, and Europe exists everywhere where the majority of the population is of European stock. That marks the destiny of Haiti and Australia, of Liberia and Canada, of Sierra Leone and Denmark. Or as the famous German-French journalist and best-selling book author Peter Scholl-Latour put it: ‘He who half-absorbs Calcutta does not save Calcutta, but becomes Calcutta himself’. It is almost as simple an equation as two plus two.