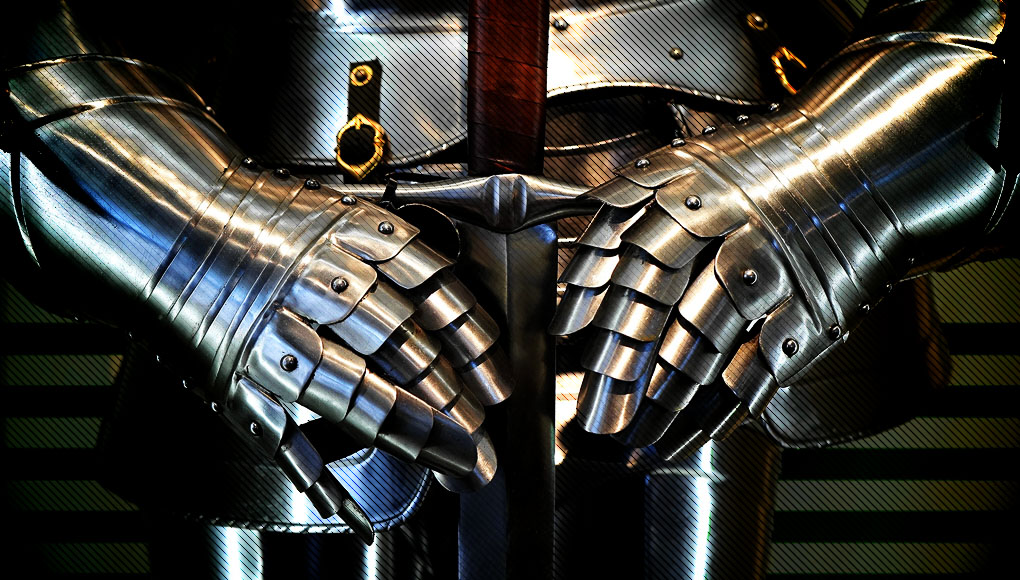 We must restore our warrior class if we are to defend our culture, and our spiritual class in order to have a cultural framework to defend.

Advent is upon us. Ordinarily, we would have reflected upon the past year, as we venture closer to the Winter Solstice and the birth of our Lord. Today, we are seldom close to nature and her cycles, not to speak of finding time for reflection – bare necessities that the corruption of modernity rarely affords. I don’t know about you, but upon turning to these twelve months of 2019 and the wall-calendar, ruined by innumerable scribbles of business, I found that I could not get Arktos out of my mind. Was it because they had published my book earlier this year (which I cannot fail to shamelessly plug here)? Rather, it was for this: what I have learned from the shared spirit of the various writers of Arktos has led me, and I venture to say all of us, to think of our people across time – not past and future in terms of a quantified scale of events, but as a living, ongoing narrative. So, what have I learnt from Arktos, from this loose band of European men, reaching out to each other, to our shared essence, toward an answer to the question of who we are and where we are going?

One thing is for sure: we do not feel at home. Have we ever? Shall we ever? The answer, we seem to find, is, ‘Perhaps, no.’ Yet, the drive onwards remains – we leap upstream, toward the sun, in a river that runs out toward perfectability. We know what we are doing even if we can’t articulate it yet; the spirit within us is the whole glorious, beautiful, joyful yet solemn exercise, proceduralised. What we are doing at Arktos is attempting said articulation. And, no, this is not an analysis made in the spirit of modernity that we so loathe – we are not reducing the European psyche to a mere computer with a camera or programming or what have you. We are more Platonic than that. The very reason we are striving and bounding upwards in body, mind and spirit is because we are perceiving something beyond. Our very souls are in no wise contented to stop at the categorisation of ‘things’, quantifiable things which can be plotted on a scale, just as the apogee of the era – this scientistic empiricism at the heart of the modern liberal democratic beast from below – has sought to do with everything, and most with especially with us. And what of the unquantifiable that is both bursting out of the heart of the European spirit and flooding in from beyond, past what I can reach out and grasp with my hand, far further yet from what I can abstract with my mind? I’m not simply talking about, say, our categorisation of apples and oranges into ‘fruit’ – as generic and impossible to comprehend as imagining a generic piece of ‘furniture’ without simply picturing the tables and chairs which comprise that category in our brains. What of beauty, goodness and truth? These defy modernity, refusing to be contained – and so do we, for these three qualia characterise us and we, them, in that uncanny, supernatural dance which we call European civilisation.

And what is that civilisation, for all my talk of articulating the idealistic quest of the European spirit? The answer has been with us for so long and is still present within, even after it has become verboten for the plague of bien pensants. Ingrained in us is our instinct that our civilisation and the cosmos itself is an analogy of the Logos, the higher order that is imperfectly animated in the natural order of our world, just as our cathedrals’ artistry is a picture of the heavenly, or as, to paraphrase Plato, time is the moving picture of eternity. Of course, our civilisation is not identical to the ideal, but like a piece of art, it points to its author: as St Augustine was able to put into words for us in The City of God, the spirit that built our Christendom was not in the hearts of all European men, but in its composite our civilisation, the spirit and city of European man pointed to the Spirit of beauty and truth, however inexactly they depicted these things in the world.

Dark, alien forces have turned our warriors into mercenary bands employed by modern states, satisfying the warmongering lusts of strangers over lands where the blood and bones of our ancestors do not rest.

But, how was this manifested by our ancestors, and how are we innately and tropistically seeking to manifest it today? A naturally recurring theme among us is that of the class division of our people. No, I am not referring to any modernist conceptions of economic classes etc. I am speaking of the tripartite, traditional division of our people. Of course, this is not to dismiss the way that Europeans have been libertarian in our jurisprudence, resulting from the relatively noble quality of our men and our ability to develop networks of patriarchal, sovereign authorities, from the village and guild up to the emperor. The Catholic Church has since systematised this behaviour into what we now call subsidiarity, and which, when actually applied, has proven the healthiest political model in modern Europe. Thus, what we really need are more European babies with wholesome, traditional upbringings, and fewer social engineers – but I digress. Other than vertical divisions of authority, the tripartite separation of our people is vital: a division into the spiritual, Oratores: “those who pray”; the warrior, Bellatores: “those who fight”; and the worker, Laboratores: “those who work”. Above all, I am delighted by the number of Arktos writers inspiring the warrior soul of our people; the sacred, kingly spirit of the knight needs as much encouragement as it can get. In order to reclaim these three estates, we will need wills of steel as well as fiery hearts. Not to speak of what has happened to our dehumanising markets and the secularising, degenerating of our culture, what has happened to our warriors is diabolical. Dark, alien forces have turned them into mercenary bands employed by modern states, satisfying the warmongering lusts of strangers over lands where the blood and bones of our ancestors do not rest. Our current situation is an all-round abomination.

What then can we expect from the future of Arktos? The real question is: what can we expect from the future of our people? Not only do I hope we will begin to abandon the dehumanising, derogatory, modern concepts with which we are labelled – as for instance the American category of ‘white’, which does our ancestors’ unsearchably deep cultures grave injustice. To me, taking a European American boy and labelling him by the colour of his skin relative to another people his ancestors never knew is impious; indeed, it seems almost blasphemous to me. We are European! You do not have the time in your short life to measure the meaning of that word. That is who I am and you will sooner wrestle my soul from my body than take that identity from me. Part of developing our holistic, cultural character and being will mean restoring the aspects of us as a collective people. We must start with ourselves as a proper subject, including our subject-subject and subject-object relationships.

I would go so far as to say that a re-nomadisation of bands of men to live on the move may keep the warrior class in touch which the ancient Indo-European roots of our ancestors.

Our loss of our spirituality is at the root of our idolatrous consumeristic cycles; we perpetuate endless desire with desperate shopping habits, viewing ourselves as replaceable economic units within a machine – for that is all the Leviathan nation state has become. To restore our understanding of ourselves being within a comprehensible world and to restore our sense of being consumed by and for one another, we must embrace our spiritual traditions; the Mass comes to mind, in particular, as the explicit union of our souls into one people, one person even. Following this, we can look beyond mere market mentality and regain our sense of collective purpose and no longer see each other as mere competitors for scarce resources, but understand that the fundamental nature of man is not red in tooth and claw as modernity has indoctrinated us to believe. To the contrary, we have to accept that the highest nature and culture of European man is fabulously lovely, and not at all like the perversion we have come to accept as given.

With proper subject and object relations enculturated, this might yet inspire us to review our sense of war, defending what we know to be right in the face of these violations of our sacred values. The disturbing of God’s peace by heresy and the disturbing of God’s peace by brigandage were not separate matters to our ancestors. Markets have proven to sell out our sacredness to the worst profanity and must be tempered by that masculine warrior ethic which keeps our men from accumulating power through economic means, these being little more than the accumulation of ease, weakness, effeminacy and corruption – the vice of the bourgeois. We needn’t wonder why our society, in which there is no place for the spiritual and warrior class, but only the bourgeoisie of the worker class, has become almost void of traditional masculinity. We must restore our warrior class if we are to defend our culture, and restore our spiritual class in order to have a cultural framework to defend. Fellow Arktos writers have even suggested diets and lifestyles for doing so; I would go so far as to say that a re-nomadisation of bands of men to live on the move as do many Mongolians, may keep the warrior class in touch with the ancient Indo-European roots of our ancestors.

Whatever the future holds for our people (and vice versa), we stand aside from the world this Advent, at least in spirit; we see the zombified emptiness of black friday consumers, their abuse by the Sarumans of the world, and the casting of our warriors into the literal gutter of the maddening road to a dishonourable death. So let us reflect at this time, curl up with a few good Arktos titles and take courage – we have the hope of new life ahead of us.

The Conquest of Europe Is Underway

Futurism must be tempered with archaism; archaism must cleanse futurism.

Tribe and City: The Merchant of Venice and the Ethnic Question – Part 1

Shakespeare’s Merchant of Venice is obscured by controversy. What does it have to teach us once the controversy has been dispelled?