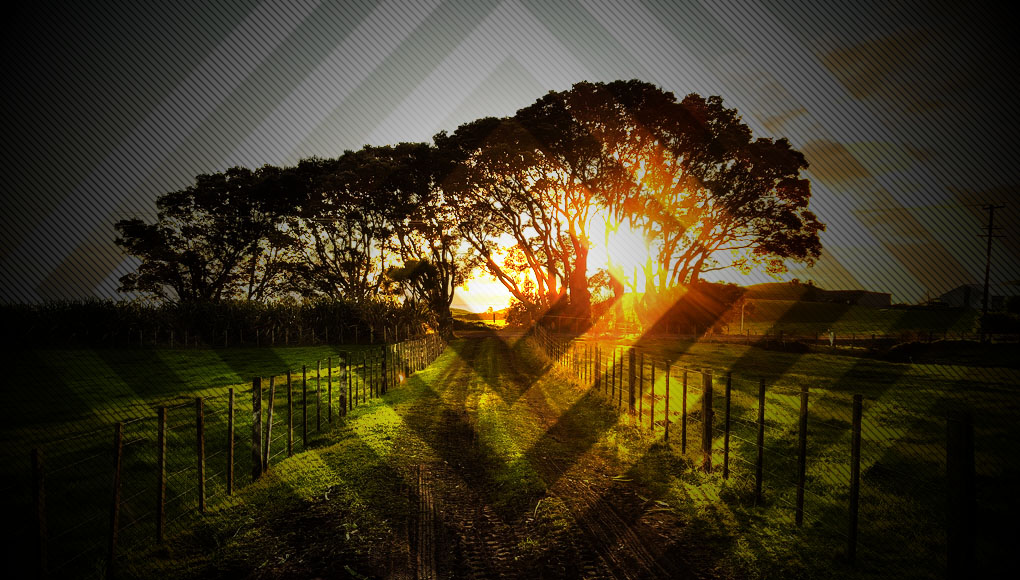 Is society being led in a direction that the majority does not actually approve of?

The following has been excerpted from Chapter 1 of Can Life Prevail?, by the late Pentti Linkola, who passed away last week at the age of eighty-six. We publish this excerpt in recognition of his unstinting efforts to denounce the fate of the natural world at the hands of modern ‘progress’.

Reality, the facts of everyday life and the news do their best to depress the caretaker, “guardian of life” and “environmentalist”. The concern about Creation and mankind’s drift towards destruction and extinction is a heavy burden to take upon one’s shoulders. It is also tiring to fight back again certain trends, and the temptation to give up is strong.

Yet, occasionally there is some glimmer of hope: a small improvement in a natural area, some successful attempt at preservation, a moderate decrease in emissions, a legislative step towards conservation, a new area being protected, some conference at Rio… We immediately try not to remind ourselves that in the meanwhile annihilation is marching on elsewhere; we do our best not to notice that in the end some of these “environmentalist” actions are only a sanctimonious masquerade and scam. Some real solace is provided by knowledge of the fact that there aren’t so few of us “environmentalists” out there after all. Environmentalist voices come from unexpected quarters: letters in newspapers, articles, chatter in the street, even random encounters with strangers. Besides, life is often mysterious: it might be the case that neither we “environmentalists” nor anyone else actually know what worldview, what outlook, is held by the majority of people and what by the minority.

I have lived in a farming community for the last fifty years and am increasingly terrified at how farmers surrender.

Is society being led in a direction that the majority does not actually approve of? How many actually wish for and support things like strenuous competition, efficiency, rationalisation and renovation? Like trying for the sake of trying, always rushing to invent new things and abandon the old? Like bartering for the sake of bartering, travelling back and forth to the far reaches of the Earth, the shipping of goods to and fro for its own sake? Or schooling, courses, adult schooling, re-education, always hurrying about as if one’s heels were on fire?

How many believe that human well-being, pleasure and happiness diminish the more we follow this path? And that even if this path were not to lead to ecocatastrophe and extinction, it would still be a gloomy and dreadful one?

It is often the case that after a municipal assembly or a similar event, when a bad decision has been taken, a member of the assembly will privately admit that he was personally against the decision, but voted in favour all the same because he knew it was the position held by the majority and did not wish to shatter the consensus, disturb the easy flow of things, and give rise to unnecessary confusion. Then the same matter is often brought up with another assembly member in private, and again the same words are heard. In the end, it may be that thirty councillors are individually making a decision that is the exact opposite of the one they all just voted for.

It is entirely possible that the “opinion of the majority”, “the general view” according to which decisions are taken — the opinion of town councils, the parliament and media — in fact only reflects the position of a small but powerful minority. This minority fosters rivalry between individuals, companies and societies in the name of performance, automatisation, production, consumption, exports, imports, the stock market, motorways and fast trains. This minority possesses the power and cogency of a shaman, the drive of a fanatic, the mysterious, irrational and persuasive strength of an idiot. Perhaps only a few people set the rules.

Formally, even Finland is a democracy: we all have the same right to vote and one’s word weighs as much as anyone else’s in decision-making. Election after election, the major parties, which are all the same — all going on about development, progress and money — receive a vast majority of votes, and are legitimised to form governments.

In the end, force of habit prevails. People would like to vote for small, alternative parties, “but it just isn’t worth it: they’ll get so few votes, they will never make an impact.” It is both shocking and absurd, for instance, that while most Finns would ultimately like to vote for the Green Party, they don’t. Is Finnish society a tragicomedy, where one doesn’t know whether to laugh or cry?

When the environmentalist enquires about possibilities for survival, his attention is inevitably drawn to the issue of farming. Mikko Hovila’s broad survey “Agriculture and the Environmentalist Movement”, featured in issue four of Elonkehä [The Biosphere], was a highly significant piece, not least because it offered an opportunity to clarify some rather miserable delusions.

I do not know how the dictionary defines the word utopia. Anyhow, Hovila uses it to indicate “a model differing from the dominating one” or — in more elaborate terms — “a model that differs from the one that happens to prevail at the time of observation”. This concept, I would argue, is both fruitless and misleading. The words utopia and utopian are useful when used to describe reveries that are only dreamt of: things impossible, deceptive, unrealistic or which lead to ruin. For a long time it has been clear that of all known societies and economies, the most genuinely utopian are those that have been adopted at present, as they are founded on the logical impossibility of continuous economic growth.

To begin from a tabula rasa, a clean slate, is an absolute must in order to develop any sort of programme.

When, in an article entitled “Utopian Politics are Dangerous”, Hovila describes the model societies suggested by Pentti Linkola and Eero Paloheimo as “unrealistic”, “dangerous utopias,” his line of reasoning makes no sense whatsoever. What could be more “dangerous” than the present unwavering and relentless descent into a mass grave: this society of economic growth and technology that every second is destroying the life around us? If nothing else, the programmes of Linkola, Paloheimo and Schumacher (who was also mentioned by Hovila) are examples of extreme realism, anti-idealism and anti-utopianism. Each in their own way, these programmes have specifically been devised to secure the survival of society, mankind and life: they are as far away from being “dangerous” as could possibly be.

What Hovila writes is often unbelievable: “The use of violent methods poses a concrete risk. The recent raids carried out by animal-rights extremists are an example of how ‘utopians’ may collaborate with dissenters.” In his expression of this matter Hovila even manages to lump together two completely opposite things: the subtle and altogether limited violence of animal rights activists on the one hand; the massive violence openly practiced by fur farmers and the vast, hidden violence perpetrated by economic growth on the other.

Hovila deftly writes: “These models present the same problem as all utopias: unless fully implemented, they will not be implemented at all. Without a connection to the present, these programmes are simply meaningless.” It is rather grotesque that Hovila’s words should be completely disproved by his own suggestions (in this case, in favour of greener farming). For neither have his own compromising suggestions been “realized to any degree”: the complete end of agriculture and absolute triumph of industrial farming are shaping market economy. Small adjustments toward a softer direction have not been accepted any more than radical environmentalist alternatives: integrated farming or IP [Integrated Production] plays no part whatsoever in the contemporary economy.

Hovila’s point about being “connected to the present” is significant. The worst mistake that anyone thinking about society can make is to envisage the prevailing system as the starting point: to begin from a tabula rasa, a clean slate, is an absolute must in order to develop any sort of programme. Human history across the world offers a wide range of societal models: the model that happens to be the prevailing one in our own society does not represent any intrinsically superior point of reference. Any binding to a given societal model paralyses the whole thinking process, as is shown by the conventionalities that Hovila — like many others — writes.

In voicing his disapproval of the Green movement because of its opposition to farming, Hovila actually echoes the feelings of many people, including myself, with regard to a past when family farming still meant “living off the land” and agriculture was a way of life. Yet, at the same time, Hovila fails to mention the disgusting aspects of Finnish farming which were also prevalent back then: the senseless love of machines, which soon led to over mechanisation, and the brutish treatment of forests. It is because of these reasons that environmentalists, whether from the countryside or city, are suspicious of farmers.

It is entirely possible that the “opinion of the majority”, “the general view” according to which decisions are taken, in fact only reflects the position of a small but powerful minority.

But what is the state of agriculture nowadays? How did the farmer mange to get snuffed out like that? I have lived in a farming community for the last fifty years and am increasingly terrified at how farmers surrender, apathetically yielding to what is dealt from above.

There are tens of thousands of farmers (dozens in my own circle of friends) who, as humbly as they slaughter cattle, are handing over their estates and houses, closing their business and retiring even if only middle-aged, to become forty or fifty year-old idlers. The saddest thing is that the reason why these farmers are leaving is that they are scared by all the talk about the decline of the farming business, even if the money they are making from milk, meat and grain is still enough to support them.

Then there are the tough guys of the agricultural world, mostly young men berserk about performance. They’ll invest, mechanise, increase, buy half of the village’s lands with no concern for the debts and charges they are incurring in trying to satisfy the EU wishes by acquiring tremendous numbers of cattle, pigs or chickens and hectares upon hectares of crops. These walking environmental catastrophes, with their agribusiness farming, do not deserve the slightest sympathy. What of course will never change is the fact that we will always derive our sustenance from agriculture. The truth, however, is hard to swallow.